Education Under Occupation: Fobzu’s work in Palestine (from Nautilus 17)

It is pre-dawn on a chilly morning in a small village in the West Bank, occupied Palestine, and I have quietly climbed the stairs to the flat roof of the home where I have been staying with a local family.  It is 2001, during the second intifada, and the West Bank is in the grip of the Israeli military.  I am here making a documentary film about the activities of a group of anti-occupation activists and have gone up to the roof to film the sun rising as another day of conflict begins.  The household is still asleep and I am surprised to find the eldest son of the family standing on the roof, looking out across the fields.  He explains that he has university exams that day.  His university is 11 miles away, but if he tries to go via the road Israeli soldiers will beat and arrest him, so in order to sit his exams he will first have to try to evade the soldiers by trekking cross-country.  He has come to the roof to see if he can spot any military patrols nearby.

Fast-forward to 2003 and I am standing on another West Bank roof, this time in Hebron, surrounded by primary school children performing a similar scan for soldiers.  They live in the ‘old city’ area, which the Israeli military has been recurrently holding under curfew for months at a time.  The children are meant to stay at home instead of going to school.  They are not allowed on their local streets.  If they try to walk to school along the streets they will be stopped by Israeli soldiers – with or without the aid of teargas, concussion grenades, and rubber bullets – and ordered to go home.  Their teachers face the risk of being arrested for trying to get to their schools to teach the children.  So, in the old city, the children and teachers have taken to clambering over roofs and through the homes of families living closest to the schools in order to avoid the streets as much as possible.  I watch as children descend a ladder from the first floor of one of these homes and run as fast as they can to the school gates, clutching their homework, as a soldier in the distance spots them, shouts, and starts running towards them. 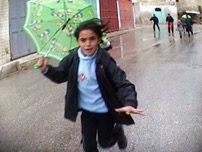 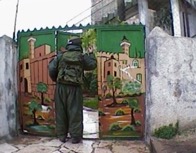 This was my introduction to education in Palestine.  And while the second intifada ended in 2005, obstacles to education – and the determination of Palestinians to overcome these obstacles – continue.  In 2019 Palestinian students, teachers, and institutions remain beleaguered, isolated, and at risk: from the activities of Israeli occupation forces in the West Bank and East Jerusalem, from military attacks in Gaza, from travel and visa restrictions that mire Palestinian universities in isolation.  Closures, checkpoints, raids, abductions of students, bombings, demolition of schools.  The challenges facing educational institutions in Palestine today severely endanger the life chances, as well as the lives, of students and academics alike.  So when in 2017, a good friend who was on the board of Friends of Birzeit University (Fobzu) asked if I would like to become a trustee, I was grateful for the chance to do work that could make real and long-lasting positive change for education in Palestine.

Fobzu was formed in 1978 by a group of British academics, led by teacher, editor, and campaigner Eleanor Aitken and Oxford historian and Middle East scholar Elizabeth Monroe.  Their purpose was to support Palestinian education, which in the decade following Israel’s occupation of the West Bank, East Jerusalem, and Gaza, had been subject to a range of punitive measures which served to curtail academic freedom and to undermine the growth of higher education.  Academics from Birzeit University had appealed for international support, and Fobzu was formed in response.

Birzeit University, which had originally been founded as a girl’s school in 1924, had by the 1970s evolved into Palestine’s first internationally accredited Arab university, joining the Association of Arab Universities in 1976 and the International Union of Universities the following year.  It had become an important centre for Palestinian national life and attracted students from across Palestine as well as from further abroad.  While Birzeit University was the original focus of Fobzu’s work, today we support students and academics at institutions across Palestine.

Fobzu’s approach has always been two-pronged: providing financial assistance to Palestinian university students, but also working to raise awareness of and support for Palestinian rights to self-determination, including the right to education.  To that end, Fobzu regularly engages with UK government ministers and cross-party parliamentary groups to advocate for political change and for upholding international law.  We have recently run a popular series of Education, Occupation & Liberation lectures at the Institute of Education, University of London, to provide a platform for Palestinian academic research on education, focusing on issues of pedagogy, psychological and practical impacts of occupation, and education as a form of resistance to political oppression.  And later this year our first Writer’s Residency will bring an academic from Bethlehem University to the UK for much-needed access to archival resources and the chance to engage with other academics while completing a book on the historical development of Palestinian theatre.

We currently fund 20 Palestinian university students across the West Bank, East Jerusalem and Gaza – 13 women and 7 men.  Indeed, support among Palestinians for higher education for women means that today over 60% of university students are female.  Our students are an amazing group of young people studying a wide range of subjects, including engineering, law, education, biology, architecture, and English.  Without Fobzu’s financial assistance these students would not be able to pursue their education.  The opportunity to study not only benefits themselves and their families, it contributes to building a free and flourishing Palestine.  But at a time when the US is cutting all funding to UNRWA[1], and with President Trump’s ‘deal of the century’ in the pipeline, Palestinian education has never felt more under threat.  Fobzu will continue to advocate for Palestinian rights while providing practical, financial support for students and academics. 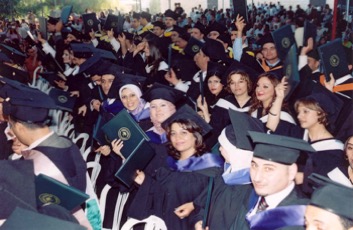 Have a look at our website to learn more about our work and how you can support a secure and peaceful future for Palestinian education.  There are many ways to donate, opportunities to sponsor students, and we are always interested in finding ways of linking Palestinian and UK universities, so we would love to hear from you. www.fobzu.org