My mother would tell you that I was always going to be a writer. She has the obligatory set of small-child ‘masterpieces’ that I suspect every mum has tucked away somewhere.

It is true, writing is something I have always wanted to do. The question for me is not ‘why do you want to write’ but ‘why wouldn’t you want to do so?’

That doesn’t mean that the desire to write has always transmuted into actually writing, though.

I had the idea for my first novel when I was at university, in the run up to my final exams. I was simultaneously exhilarated and annoyed: with Finals only weeks away, now was really not the time.

I finished university, got a job, moved to London. Also not the time to embark on a lengthy research project (my idea was for an historical novel, one which would need plenty of study before I could get going with the business of writing.)

Then there were the exciting but exhausting work projects, the socialising, the successful – then unsuccessful - relationships. I had no time to write. But the itch didn’t leave me.

Gradually, over the course of more than a decade, I carried out some clandestine research: just a few things, here and there; the odd book or article, the occasional museum or art exhibition. Going beyond that, though, seemed impossible. The idea of actually writing a novel, of knowing enough history and of knowing how to write felt like a ridiculous, fanciful idea. It was a dream, nothing more, even if it was one I couldn’t quite let go of.

But gradually I realised that my life as it was had something missing. And one day, I decided that enough was enough. I knew what I wanted to do: I just had to be brave enough to start.

I took a six month break from work, signed myself up to a beginners’ writing course, took a deep breath and opened my laptop. I still didn’t feel I’d done enough research, I hadn’t started my writing course and had never read anything on ‘how to write’. I didn’t have a plot or a clear idea of the shape or structure of my novel. I just began. Began with the image that had haunted me for the past thirteen years and went from there.

That was just over eight years ago. Since then I’ve written two novels, both historical, although set in completely different periods and locations. Both have won or been shortlisted for prizes, including the Lucy Cavendish Prize shortlisting for my second book, The Anatomist’s Wife – high points which have validated my belief that if I just keep writing, maybe one day I’ll make what the world calls a success of this.

But, welcome though they are – and as exciting as that idea is - they aren’t why I write.

Right now, I am between books, back at that point where I know what I want to write, but haven’t done enough research (yes, that old excuse again). I’m itchy and unsettled, discontented with everything.

I’m not saying that when I start to write again that my day job will suddenly become easy, the plumber more reliable or the cat less likely to pee on the sofa, but I will be able to deal with those things with a little more aplomb, a little more grace.

Because I haven’t forgotten that feeling of sitting down for the first time and allowing myself to write. The sheer relief of doing what I had wanted to do for so long: of doing the thing that feels the most natural, the most right thing in the world, is something that has not left me.

It is something that I feel every time I open my laptop, even on the days when the words won’t come and everything I have written is rubbish, boring, banal.

Even on those days, writing is who I am and what I do. I can’t explain it any better than that. 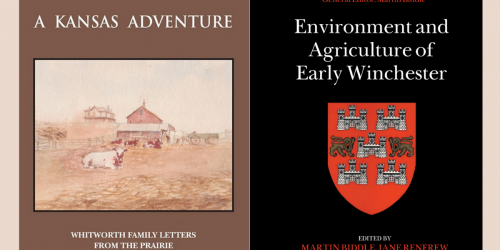 The 2022 Fiction Prize longlist reflects once again a wealth of literary talent and showcases a diverse range of styles and voices. “Don’t let perfect be the enemy of good”

Emma Hughes, author of No Such Thing As Perfect, tells us about her writing career and shares some pro tips.