Lucy student, Anjeli Chapman, talks about her findings from the analysis of Victorian satirical magazines.

Anjeli graduated from Vanderbilt University in May 2019 with a bachelor’s degree in medicine, health, and society. In her junior year of college, she was lucky enough to win a summer grant to study human rights at Stanford. She learned about the neuroscientific underpinnings of racial bias, about the ways in which subtle “othering” has shunted members of society to the side for decades. Anjeli spent the summer of her junior year volunteering with the Prison Book Project in northern California. She is currently studying a master's at Lucy Cavendish College.

Anjeli submitted a blog entry about her research for the 2022 College Research Day Blog Competition, you can read about it below. 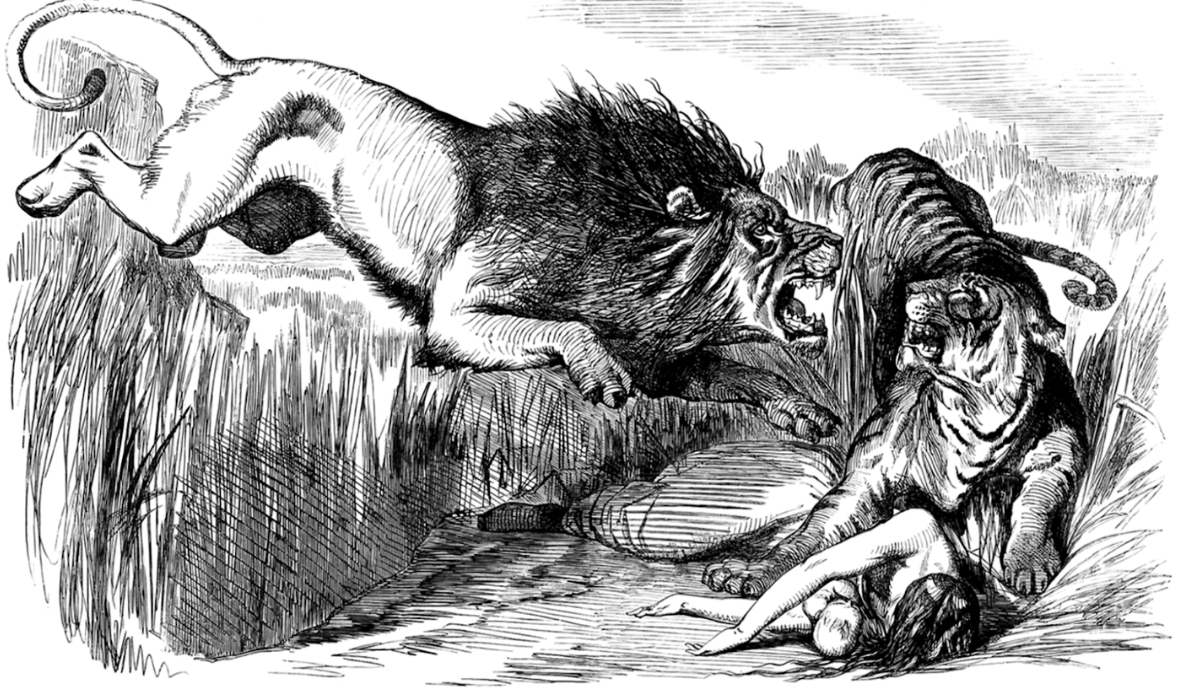 What is your research about?
The renewed attention to emotion in literary theory exemplified by the work of poets like Claudia Rankine (2014) and scholars like Patricia Waugh (1984) is motivated by the desire to rid the discipline of an anti-sentimental partiality inherited from its founding modernist formalisms. My current work similarly reaffirms the inherent value of sentiment in the study of English literature and criticism. I draw from theorists like Saidiya Hartman, whose choice of subject is inextricably linked to her sense of self. In her book Lose Your Mother: A Journey Along the Atlantic Slave Route, Hartman asserts, ‘Every generation confronts the task of choosing its past’. To analyse and unravel the multiform effects and narratives of colonialism, we must concede the ways in which it has shaped the very discipline we use to accomplish this task. Ignoring the emotion inherent to one’s own perspective betrays a modernist assumption about the possibility of a default, objective position. Not coincidentally, this purportedly unbiased perspective tacitly occupies the position of the coloniser. Placing emotion centrally is a paradigm shift that begins to address this.

I analyse Victorian satirical magazines to explore the imperial genesis of the Indian and British relationship and its various manifestations around the fin de siècle. My current research examines Punch Magazine’s commentary on acts of colonial diplomacy like the West Africa Conference and on uprisings like the 1857 Indian Uprising. I explore how the use of tropes such as John Tenniel’s racialized physiognomies perpetuated degrading stereotypes by codifying them for a newly-literate middle-class Britain. The rhetoric of this satire is inherently emotional; its critical response would be degraded by forced empiricism.

Punch Magazine was partially responsible for assembling Britain’s abiding pictorial and non-pictorial representations of Indian culture in the mid-nineteenth century.  For the burgeoning racial stereotypes of the predominantly middle-class readers of Punch, few of whom would ever visit India, its satire was germinal. Illustrated journalism spawned a vivid enemy, a tangible target for colonial reprisal. In a series of cartoons and satirical text produced after May 1857, Punch represented the Indian Uprising, its satire narrating the event and its aftermath for the British middle class. The most exposure to the native Indian population its readers would likely ever experience was held between its pages. My research explores the ways in which Punch’s textual and visual commentary on the Indian Uprising reinforced and reflected the shifting political and racial hierarchy of British occupation on the Indian subcontinent.

Does your research relate to any of the UN Sustainable Development Goals?

My research dovetails with UN Sustainable Development Goal 16: Peace, Justice and Strong Institutions. Specifying the meaning and tonal shifts of colonial satire affirms its reality, transforming its postcolonial analysis from a vague, ahistorical condemnation to a rigorous examination of a particular power dynamic. Analysing the satire of Punch Magazine during the Second British Empire uncovers a reciprocity; Britain’s depictions of India convey vital information about the colonisers as well as the colonised. Punch’s depictions of India couch Britain’s own fears about the future of their Empire. Its textual recording of political, social, and economic changes cannot be readily separated from its art.

Why is this research interesting to you?
There is an ethical urgency to this brand of literary criticism. The ghost of the Empire remains. The patterns in Punch’s racialized coverage mirror the political tribalism still evident in the United Kingdom. I’m interested in racialized satire from the past because understanding the roots of such violent nationalism will allow us to address its contemporary manifestation.