Lucy alumna explores the relationship between literature and emotions.

Eva Mühlbacher, Austrian author and philologist, was a German Philology Erasmus student at Lucy Cavendish College (2013-14). During her time at the College she was awarded the Florence Staniforth Prize for Excellence in Creative Writing.

Eva published the first two volumes in her non-fictional book series dealing with literature and emotions, with the third one coming out in 2023.

Tell us about your current career.

At the moment I’m a German language teacher at the Goethe institute in Verona and I’m mostly doing online courses for adults. My courses cover the range from exam preparation to literature and didactic studies in which I’m helping Italian German teachers to include literature into their teaching in a playful and modern approach. And I’m an author of a non-fictional book series on German literature: Zeitreisende. Deutsche Literatur für Entdecker. Volume one was published in October 2020, volume two in July 2022, and volume three will be out in a year’s time. The main idea behind this series is to approach literature through emotions because that’s how we can still understand people of other times. I’ve often heard that literature is boring and I’ve frequently been asked the question why we still read “the old classics”. My answer is simple: because those texts are a mirror to our souls and own feelings. To underline this, the last chapter of each volume searches the motives in German classics in modern Netflix shows. The outcome is baffling: we can find the same feelings, over and over again.

What is so important to you about Zeitreisende?

I feel that so many young students, but also adults, struggle with the feeling of loneliness and a certain vulnerability that they are not accepted by the modern “rational” world. Falling in love in the common opinion is more often linked to one-night stands and swiping people from here to there than a profound feeling of wanting to be with a person, to be touched, to trust. Showing a way to the content of German texts to me means to open up a world of possible feelings of a lifetime. I want to tell them: “It’s okay to feel like that. Others have felt the same before.” The language might sound strange at the beginning, but in the end, all those texts are like treasure chests. And there are emotional jewels to be found within. Apart from that, I believe that people who understand others who lived 200 years ago are more likely to understand foreign cultures in the present day. This understanding is much needed nowadays. I’m tempted to say: more than ever. 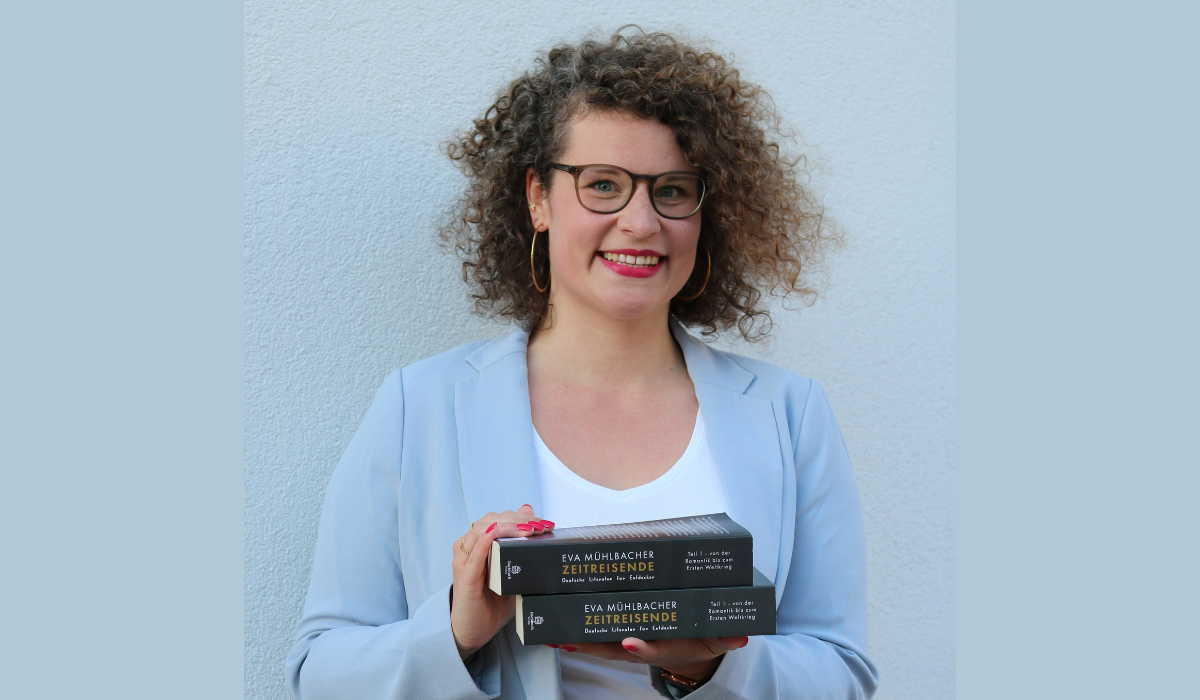 What is the fondest memory of your time at Lucy?

That’s difficult to say. I remember watching a Bollywood movie in one of the college rooms. We had Indian food. It lasted for over three hours. And in the end, there wasn’t even a kiss!! We were devastated and my Indian friend just laughed. And I remember Valeria’s family sending a “survival package” of food from Italy once in a while. We all gathered to eat the fresh Italian cheese and drink the Valpolicella. Heavenly! And of course, there was this one incident: My roommates were out so I had no one to close my cocktail dress when I wanted to go out. Luckily, our porter Neil jumped in and closed the dress. You see: There are endless memories!

In what way has your time in Lucy influenced your life?

Zeitreisende could not have been written without my experience here in Cambridge. I was allowed to study with the greatest professors, including Nicholas Boyle, Sheila Watts, Joachim Whaley, John Guthrie, and Charlotte Lee. Their intellectual, but also emotional approach to literature shaped the way I’ve been dealing with literature ever since. My aim is to contribute to the linking of past and present, to preserve the wonderful language and texts of long-gone authors, but also to pass on my enthusiasm for them. I believe that we must not forget about our cultural roots in order to build our future and the future of the generations to come.

I came back to Cambridge by invitation of the Austrian society this autumn for a book presentation of Zeitreisende. As you can imagine, this was an important moment for me since I felt I brought something “back” to the place that made me grow professionally and personally. The Austrian Society and I agreed (after two or three beers): I’ll be back next year, for volume three!