Initially a medicinal chemist with Merck, Derek moved into business and corporate development at Chiroscience, (one of the UK first biotech companies which grew from 17 staff to a FTSE 100 company), successfully negotiating and managing several multi-million pound licensing agreements, (Bristol-Myers Squibb, Purdue Pharma, Mariushi) including being part of the team that licensed the UK’s first biotech product, Chirocaine.

In 2000, he co-founded his first company, BioWisdom, an IT/Drug discovery company. Derek was appointed COO at DanioLabs in 2002, a therapeutics company using zebrafish as a model organism for drug discovery, where he grew the company from 4 to 34 employees and raised around £10 million for VC backed companies, before selling DanioLabs to Vastox, (now Summit Plc), for £15 million in 2007.

Derek has been a member of the BBT board since October 2008 and became CEO of BBT in 2010. Following restructuring of the business in 2013, BBT’s primary focus has been on the development and management of the campus, with KEC responsibilities returning to the Babraham Institute. 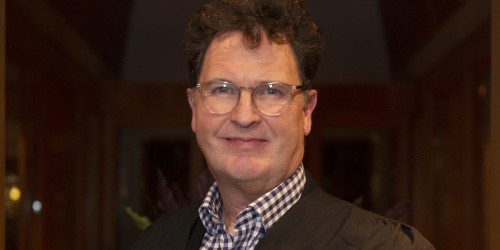