This year the College was delighted to see entries pouring in for its annual Fiction Prize, which has gained an unrivalled reputation in the publishing industry. When the deadline was reached, there were an incredible 758 entries - the biggest year ever since the Prize was founded 11 years ago.

Thanks to the generosity of Fellow Emerita and judge, Dr Isobel Maddison, editor and ghost-writer, Gillian Stern, and 2020 shortlisted author, Laure Van Rensburg, we were able to offer fourteen sponsored entries for low income writers.

“The Lucy Cavendish Fiction Prize has an exceptional and growing reputation in literary circles and has enabled many aspiring writers to launch their careers. We are proud of the opportunities the Prize presents for unpublished women writers and are thrilled that this year, despite the Covid-related difficulties that we have all faced, we have seen a record number of entries.”

The Lucy Cavendish Fiction Prize is open to unpublished women writers, aged 18 and over, who live in the UK or Ireland. The 2021 winner will receive a cash prize of £1,500 and all shortlisted entrants will receive a valuable one-to-one consultation with our competition sponsors, Peter Fraser Dunlop, who will give editorial feedback and discuss the marketability of the work submitted.

The entries have now been sent to the judging panel for first-round scoring and the authors are waiting for a longlist to be agreed in late March.

The 2021 judging panel welcomes Ansa Khan Khattak, Commissioning Editor at Picador and Dr Isobel Maddison, Fellow Emerita of Lucy Cavendish College where she was College Lecturer and Director of Studies in English. Returning to the panel are political journalist, broadcaster and Honorary Fellow of the College Jackie Ashley (after leaving the College as its eight President), editor and ghost-writer Gillian Stern, Emeritus Fellow, Lindsey Traub and poet, crime writer and Honorary Fellow of the College, Sophie Hannah. Journalist and author Allison Pearson will chair the 2021 panel. Returning to the panel is agent, Tim Bates, from our valued literary sponsor, Peter Fraser Dunlop.

Tim Bates commented: “PFD are honoured to sponsor the Prize and have been thrilled to watch its reputation and influence grow over the last few years, and it is especially pleasing to see a record number of entries this year. We greatly look forward to discovering some wonderful new writers among this record-breaking group.”

We are delighted to have had such a brilliant response to the competition in 2021, and would like to thank all of those who have taken part. Best of luck everyone. A special thank you to all our friends and supporters, and especially to the winner and those shortlisted in 2020 for their help in promoting the prize.

You can watch the recordings of the 2020 shortlisted authors’ entries here.

Gail Honeyman (2014 shortlist) has topped the fiction charts with her novel Eleanor Oliphant is Completely Fine (published 2017) a deft observation of everyday life. Catherine Chanter (2013 winner) became a published author with her feminist, post-apocalyptic The Well which has now been published in the UK by Canongate and translated into twelve languages. Catherine has now published a second novel, The Half Sister. Frances Maynard (2016 shortlist) published The Seven Imperfect Rules of Elvira Carr, a funny, heart-warming and award-winning piece of fiction. She went on to publish Maggsie McNaughton’s Second Chance in 2019. Emily Midorikawa (2015 winner) and Emma Claire Sweeney published A Secret Sisterhood to wide acclaim. Lesley Sanderson published her gripping thriller The Orchid Girls (2017 shortlist) in 2018 and has since published The Woman at 46 Heath Street, The Leaving Party and I know you lied. Sara Collins’ debut, The Confessions of Frannie Langton, (2016 shortlist) a gothic romance, was published in 2019 in the UK and US. It won the 2019 Costa First Novel Award, has been sold for translation into more than fourteen languages, and has been optioned for television. Laura Marshall’s psychological thriller Friend Request (2016 shortlist) was published in 2017 and has gone on to receive numerous awards. Laura has since published another acclaimed crime thriller, Three Little Lies, and is currently working on her third novel. Claire Askew published her crime debut All the Hidden Truths (2016 winner) and has now also written and published What You Pay For. Kelleigh Greenberg-Jephcott’s dazzling debut Swan Song (2016 shortlist) was published by Penguin Random House/Hutchinson in 2018 and among many accolades was longlisted for the Women's Prize For Fiction in 2019. The rights have been sold for television to Balloon Entertainment (Skins, Clique), with Kelleigh adapting the novel as a limited series. Louise Hare debut novel This Lovely City (shortlisted in 2017) was published by HQ in February 2020. Nicola Garrard's 29 Locks (shortlisted 2019) a gritty coming-of-age novel that tells the story of 15-year-old Donny, an ex-gang member from Hackney, will be published by HopeRoad in June 2021. Susan Stokes Chapman’s Pandora (shortlisted 2020) will be published by Harvill Secker in 2022. 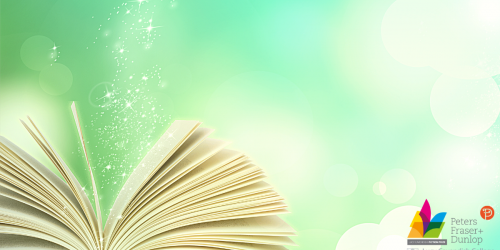 The judges of the 2021 Fiction Prize reveal the 17 longlisted novels that reflect talented women’s perspectives, narrative styles and preoccupations