Since 1992, The Mays has published an annual selection of the best and most exciting new writing and artwork from current students at the Universities of Cambridge and Oxford. Based at the University of Cambridge, the anthology is still edited by students and published by Varsity Publications Ltd and has been the springboard for many successful artists and writers. It is widely recognised and respected as one of the most notable student-produced anthologies, reaching every major literary agent each year, and making an appearance in bookstores across the country.

Rebecka is a third-year English student and received the Madeleine Jörgensen Prize for First Class Results in Tripos in her second year. She joined Lucy Cavendish College Boat Club as a novice in Michaelmas of her first year and was then selected for the first boat after one term, continuing her rowing commitment into her second year as Treasurer and third year as President of LCCBC. Rebecka completed a Spring Week with Slaughter and May in her second year, followed by an internship at the head office of Barclays Bank that summer.

More about The Mays Anthology 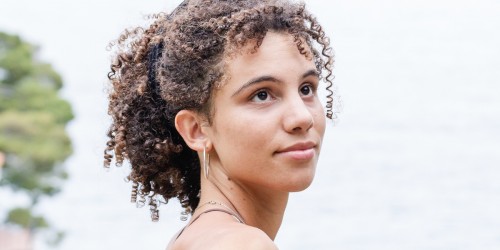 Imani Thompson, Lucy student, expresses her gratitude at being published in Varsity publication