Lucy Cavendish College has published a longlist for its annual Fiction Prize, now celebrating its 10th year. The 2020 Fiction Prize longlist reflects the variety and wealth of literary talent amongst unpublished female writers aged 21 and over.

Over 400 entries were received for the 2020 Fiction Prize, which has gone from strength to strength and is now celebrating its 10th successful year. The authors selected for the 2020 longlist now face a tense wait as the judging panel agree a final shortlist of authors, to be announced later this year.

"This year's longlist is as strong as ever, and the judges have yet again unearthed a diverse range of styles and voices. From witty and stylish historical re-creation, to bold and challenging contemporary story-telling, the longlist represents a hugely exciting and high-quality group of new talent."

Over the past nine years, the Fiction Prize has gained a prestigious reputation for uncovering new talent, with regular interest from the publishing industry. Since its foundation in 2010, the Prize has been a starting point in numerous entrants’ success stories. Gail Honeyman (2014 Shortlist) has topped the fiction charts with her novel Eleanor Oliphant is Completely Fine (published 2017) with accolades including the British Book Awards ‘Book of the Year 2018’, Waterstones Fiction ‘Book of the Month’ for February 2018 and the 2017 Costa Book Awards ‘First Novel’ Award. Catherine Chanter (winner 2013) became a published author with The Well, long listed for the CWA John Creasy (New Blood) Dagger 2015. It is published in the UK by Canongate and has been translated into twelve languages. Catherine has now published a second novel, The Half Sister. Frances Maynard (2016 shortlist) published The Seven Imperfect Rules of Elvira Carr. It was also shortlisted for the 2016 Mslexia First Novel Competition, the McKitterick Prize Author Awards in 2018, and the 2014 Good Housekeeping First Novel Award. In 2019 she published Maggsie McNaughton’s Second Chance. Emily Midorikawa (2015 Winner) and Emma Claire Sweeney published A Secret Sisterhood to wide acclaim. Lesley Sanderson’s The Orchid Girls (2017 shortlist) was published in 2018 and has received widespread acclaim. Lesley has since published The Woman at 46 Heath Street and The Leaving Party, in January 2020. Sara Collins’ debut, The Confessions of Frannie Langton, is proving to be a lead title in the UK and the US. The novel was short-listed for the 2019 Costa first novel award. Laura Marshall’s Friend Request was published in 2017 and named a Sunday Times Top 10 List bestseller, and a number one eBook bestseller; it was shortlisted for the Bath Novel Award. Laura has since published another acclaimed crime thriller, Three Little Lies, and is currently working on her third novel. Claire Askew (2016 winner) All the Hidden Truths was named The Times’ September Book of the Month; Claire’s follow-up novel, What You Pay For, was published in 2019 and shortlisted for McIlvanney and CWA Awards. She is currently working on a second full-length poetry collection, and a third novel. Kelleigh Greenberg-Jephcott Swan Song was published by Penguin Random House/Hutchinson in 2018 and has since won many accolades including winning the 2015 Bridport Prize and being named one of The Times' Books of the Year 2018. It was longlisted for the Women's Prize in 2019 and the rights have been sold for television to Balloon Entertainment (Skins, Clique), with Kelleigh adapting the novel as a limited series.

About the Lucy Cavendish Fiction Prize

The Lucy Cavendish Fiction Prize was founded in 2010 by Professor Janet Todd OBE, then President of the College. Aspiring, unpublished authors are invited to submit an opening to a novel (up to the first 50 pages), accompanied by a synopsis of how the novel progresses and concludes. Entrants must be female, aged 21 and over and resident in the UK. The winner will be announced later this year and will receive a cash prize of £1,500 and a consultation with Peters Fraser Dunlop.

The College was founded as a women's college for students aged twenty-one and over. From 2021 Lucy Cavendish College will embrace the University Widening Participation Campaign and become mixed, accepting applications from men and women aged 18/19 years old and over from September 2020. Our undergraduate and postgraduate students come from over sixty countries, and a wide variety of educational and professional backgrounds. Many have changed careers or overcome significant challenges in order to reach University. The College is particularly strong in Medicine, Law, Engineering, Veterinary Medicine, Psychology, the Social Sciences and English. 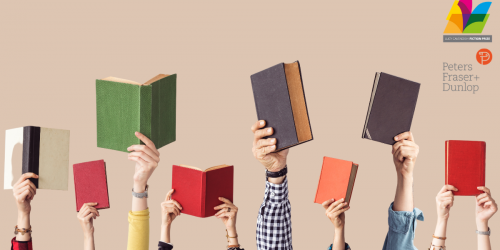 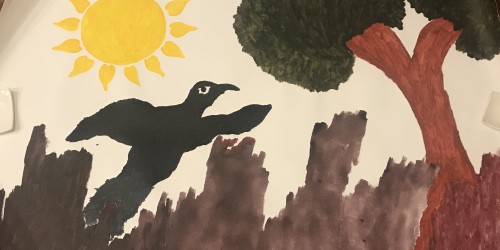 How the tools I learnt at Cambridge helped me in prison

Tilda Bowden, Lucy alumna and  Creative Writing editor of the Lucy Writers’ Platform, on teaching in prison and the power of creative collaboration 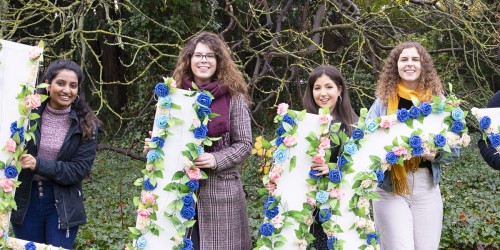 Five students have been shortlisted for the College's Student Fiction Prize