Number of students per year: Up to 2

Philosophy explores human thought, the basis of knowledge, the nature of reason, consciousness and cognition, as well as the foundations of value and political theory. The course has long and distinguished history, and offers a solid grounding in analytic philosophy, whilst allowing students to diversify within the subject if they wish. Its questions are intriguing and its study requires complex critical thinking, rigorous analysis, and consideration of new perspectives.

Cambridge Philosophers go on to pursue a range of careers requiring analytical and critical skills, including business, computing, journalism, administration, and law.

Part IA introduces the fundamental topics of metaphysics and philosophy of mind, ethics and political philosophy, philosophy of language and logic, together with detailed work on prescribed texts. All papers are compulsory.

First year examinations do not contribute to a student’s final grading. Second year comprises 30 per cent of the grade, while final year make up the remaining 70 per cent.

Further information can be found on the Faculty and University websites.

For other qualifications see the main entrance requirements pages on the University website.

Mature students and those taking other qualifications are encouraged to contact our Admissions Office (at admissions@lucy.cam.ac.uk) to discuss the entry requirements for their qualifications.

Applicants are required to submit two pieces of written work.

Applicants are required to sit a Cambridge Colleges Registered Assessment.

Interviews allow us to distinguish amongst excellent applicants by assessing the skills and aptitudes essential for successful study in higher education, and your academic qualities – essentially, how do you think?

For 2023 entry, interviews for all applicants, will take place virtually, except for UK-based applications to Trinity College. However, the aims and content will still be the same as in-person interviews.

Each candidate typically has two interviews, lasting between twenty and thirty minutes. In some cases, you will be given preparatory reading beforehand.

In a few subjects, you will be interviewed by more than one College or in the Faculty. You will be notified of this in your interview invitation.

We send out monthly newsletters to update you on exciting events and opportunities happening both in Lucy Cavendish College and across the wider university.

Attend an open day or event

Our Events and Open Days page advertises regular events held by Lucy Cavendish College. If you can, join us for a College Open Day to discuss your application with a member of our admissions team. 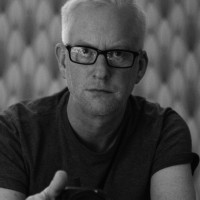 Researcher and Lecturer, Philosophy, Director of Studies in Philosophy

Mark is Bye-Fellow and Director of Studies in Philosophy at Lucy Cavendish College, University of Cambridge. Previously he was a Fellow of Girton College, a Fellow of Sidney Sussex College, and a Visiting Research Fellow at the Issac Newton Institute. My research interests are in the philosophy of physics, particularly relativity theory, and the philosophy of mathematics, particularly computability theory. Some of his work is concerned with Malament-Hogarth spacetimes.