Our Lawyers make up a large, diverse and supportive subject community in college. There is a flourishing Law Society.

The BA in Law focuses on English law, but also provides opportunities for the study of other legal systems, as well as the theoretical and sociological aspects of law. Students who pass the seven 'foundation' subjects may proceed directly to vocational training courses leading to the final professional examinations for barristers and solicitors. The two-year affiliate version of the course is recognised as a Senior Status Law Degree.

Further information about the course can be found on the Faculty and University websites. 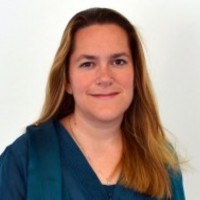 Professor Marie-Claire Cordonier Segger is Director of Studies in Law - LLM & MCL. She is Senior Director of the Lauterpacht Centre; Senior Director of the Centre for International Sustainable Development Law (CISDL) in Montreal, Canada; Executive Secretary of the Climate Law and Governance Initiative (CLGI); and a Full Professor of Law for the University of Waterloo, Canada. She has published over 22 books and 80 papers, edits a series of volumes for Cambridge University Press on implementing treaties on sustainable development, and serves on the editorial boards of several law journals. She currently chairs several international experts commissions, lectures on international law and sustainable development, serves as senior director of the Lauterpacht Centre for International Sustainable Development Law (CISDL), an international legal education and research institute, and advises several inter-governmental organizations on legal elements of climate change, biodiversity, natural resources governance and trade and investment. She is laureate of the Justitia Fundamentum Regnorum award and other honours for her efforts on behalf of future generations, and her books have been translated into six languages.

In 2019, she has been awarded a prestigious two years Visiting professorship from the Leverhulme Trust. 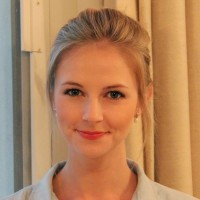 Emily grew up in Perth, Australia, and completed her LLB and BA (History) at the University of Western Australia. After graduating, she was Associate to Justice Gilmour in the Federal Court of Australia, before moving to Trinity College, Cambridge for the LLM and then PhD. This academic year, as well as joining Lucy Cavendish as a CTA in Law (assisting Dr Sean Butler as Director of Studies), Emily will be completing the final year of her PhD research, which concerns the law of tort in nineteenth and early twentieth-century England. 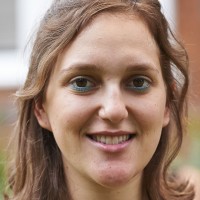 I came to Cambridge with the Bagrut, having previously lived in Ecuador, where I taught English to primary school children. My first year in Lucy Cavendish was one of the most rewarding experiences I have ever had. The unique teaching style at Cambridge is highly challenging and encourages you to be an independent student. You learn to figure out a whole new subject for yourself, with guidance from experienced academics and insights from other undergraduates. I am grateful for the chance to meet students from around the world and have friends of different religions and nationalities. One of the greatest advantages of studying in Lucy Cavendish is that it has opened my eyes to a variety of opportunities to take part in professional and international programmes, with support from the College. Studying Law does let you join a big commercial firm - but it is also a great basis for a whole range of other careers, such as working for the UN, or educating future generations. 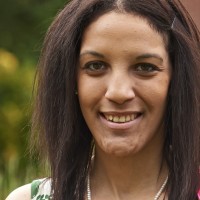 I was originally home schooled, but prepared for university with an Access to HE Diploma at Kensington and Chelsea College and a legal research internship in Lincoln's Inn. What I have enjoyed most so far about my time at Lucy Cavendish is the friendly, family community here, from the bright smiles in the morning when you greet your housemates whilst making breakfast, to the cheery chats you have with the porters whilst checking post, to the stimulating post-supervision discussions at dinner with class friends. Lucy Cavendish is small enough to know everyone and feel a part of a unit and large enough to be so diverse as to end up learning about a different country and subject at every dinner! No two days are ever the same. 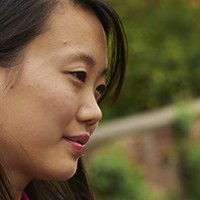 I majored in English at the City University of New York, volunteered in Sierra Leone and worked as a paralegal prior to my arrival in Cambridge as an affiliated student. At Lucy Cavendish, the atmosphere is relaxed and supportive. The porters are amazing people and extremely helpful. The President of the college is surprisingly responsive and approachable compared to other academic institutions. I value the intellectual rigor of the law course, along with being able to join various societies and committees focused on my particular interests. I would advise students considering studying law to be extremely disciplined and to stay curious, focused and motivated. It’s very tiring and can be disheartening at times – and this needs to be combatted by a positive attitude. 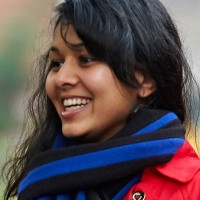 I began studying Law at the ILS Law College, Pune, before deciding that I needed the rigour of a Cambridge degree in order to fulfil my potential. The law course here is not just about understanding ‘what’ the law is. What we really focus on is ‘why’ the law is how it is and whether we think it ought to be so. This requires us to fully engage with the material and analyse it critically. That is the challenging aspect of the course, but at the same time, the most enjoyable! Lucy is a great place to study law as we have a big law student community and it is a very friendly and supportive place when the pressure seems to get daunting! My experience at the College has been invaluable and I would like to make use of that in contributing towards a change in the Indian education system in the future. 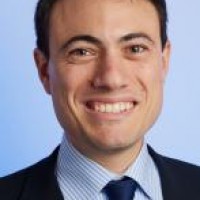 Martin is one of Lucy's Bye Fellows, the Charnley Fellow in Law at Hughes Hall as well as an Affiliated Lecturer in EU law at the Faculty of Law. Martin is also a lecturer in Public Law and Public International Law, as well as a research seminar leader in European Union Law at the Dickson Poon School of Law, King’s College London. In addition, he is a legal consultant for the British Academy and the House of Lords Sexual Violence in Conflict Select Committee. Prior to that Martin was also a lecturer in European Union Law at the Department of Politics and International Studies and a supervisor in EU and Public Law at the Faculty of Law, the University of Cambridge. He was also previously in practice as a barrister at the Chancery Bar and worked at both the European Parliament and the Court of Justice of the European Union.

His PhD thesis at the University of Cambridge, entitled “Social Constructivist approaches to the law on Free Movement of Persons within the European Union” was supervised by Professor Sir Alan Dashwood CBE QC KCMG and sponsored by the AHRC.

Dr Martin Steinfeld, as both a graduate in law and political science, has broad interests in a number of different interdisciplinary fields of research, including EU law, European Studies, Public Law, International Relations, Transnational Law, Global Governance, Security Studies and Political Theory. His research is particularly focussed on the legal construction of various Citizenship projects. In addition, Martin has a research interest in the evolution of the Royal Prerogative and monarchical power in the UK, as well as the interrelationship between the UK and its crown colonies and dependencies. He has also recently been published on the nature of ethnic cleansing in the context of the 1948 Genocide Convention.

Tom’s research interests lie in communicative aspects of punishment and criminal law. He is currently writing up his ESRC-funded Ph.D research entitled 'Punishment and communication: perceptions of penal messages in sentencing’. This empirical project has involved observations of sentencing and interviews with Crown Court judges. Tom is exploring how sentencing can be used as a 'teachable moment', and what that might mean for ‘censure’ theories of punishment, with a view to enhancing the legitimacy and effectiveness of sentencing. The project is supervised by Professor Nicola Padfield and Professor Loraine Gelsthorpe. Tom previously taught Criminology undergraduates at Anglia Ruskin University, and supervised M.Phil students and residents of HMP Grendon in Criminology on the 'Learning Together' course. While studying Law at Downing (2010-13), he also interned with the Texas Defender Service (a non-profit organisation working to combat systemic flaws in the Texas death penalty system).

Tom is a Bye Fellow at Lucy Cavendish as well as a College Lecturer and Fellow at Christ’s College. He supervises undergraduates studying Criminal Law and Criminology, Sentencing and the Penal System (CSPS). 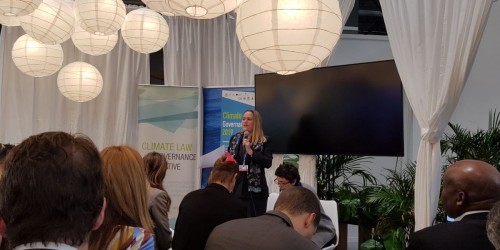 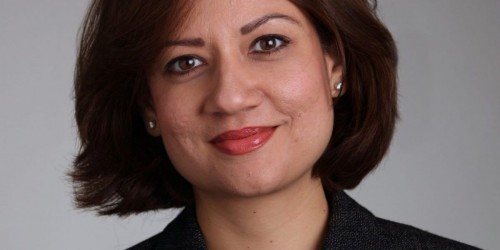 Priya, Lucy Cavendish College alumna, explains the importance of a strong network and collaboration across legal ecosystems and geographies.