The BA in Land Economy focuses on the use, management and development of the built and natural environment, and offers a solid grounding in both economics and law. The course is accredited by the Royal Institution of Chartered Surveyors, but graduates go on to pursue a wide range of careers and Land Economy has one of the strongest records for post-BA employment in the University.

Further information about the course can be found on the Department and University websites. 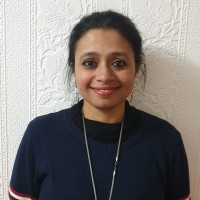 Saradamoyee Chaterjee is a Bye- Fellow and Director of Studies in Land Economy at Lucy Cavendish College. She is also an Affiliated Lecturer at the Centre of Development Studies, University of Cambridge. At the Centre, she coordinates a paper for the M Phil students, which discusses key issues linking migration, forced migration, and human trafficking from a developmental perspective. Before this, she was a Post-doctoral Research Associate at the Von Hügel Institute, St Edmund’s College, University of Cambridge. She completed PhD from the University of Delhi, India. Her research interests include human and organ trafficking, gender, capabilities, and disability. 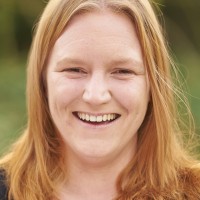 I was a self-taught A-level student who decided to give up my role as a pastry chef in Leicestershire and take on a new challenge, after attending a Cambridge University Summer School. I really enjoy my course, there are lots of options and Land Economy is a small department which makes it easier to make friends, plus lectures are very interactive. I play an active part in college life and the Student Union and I feel there is something for everyone at Lucy Cavendish. My tutor is incredibly helpful and I know her door is always open should I have any problems. The College has helped me to apply for a bursary, a scholarship and a start up grant, and the opportunities available to students here are amazing. Last summer I was able to spend two months in China as a volunteer teaching English, with all costs paid. It was such a brilliant experience. 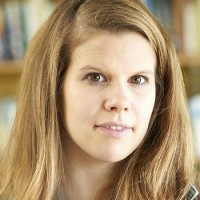 I worked in a restaurant and studied Further Mathematics in my spare time before coming to Lucy Cavendish, having originally sat the Polish Matura in Krasnystaw. I love how different the Land Economy course can be depending on your paper choices in the 2nd and 3rd year. Papers are usually more practical than theoretical and usually cover real-life issues (such as how cities and regions function, environmental issues and poverty). Lecturers are leaders in their fields and it is exciting to be able to listen to them and exchange ideas during supervisions. I have made amazing friends at Lucy Cavendish and I felt like a part of a big family from day one. Many may think this is not the place for the 'play hard' element of work hard-play hard student lifestyle, but those who think we only sit and drink tea will be very wrong. I love College bops and there are many more opportunities for those who like to go out from time to time (or all the time). 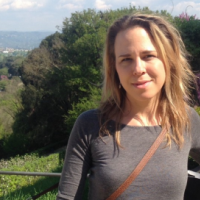 Yvonne joined the college as a Postdoctoral Research Fellow back in October 2015.
She holds an M.A. (Magister Artium) from the University of Tübingen and an M.Phil. and Ph.D. from Columbia University. Her dissertation, Between Geopolitics and Geopoetics – “Mitteleuropa” as a Transnational Memory Discourse in Austrian and Yugoslav Postwar Literature, examined how the German idea of Central Europe inspired a new poetics of memory in Austrian and Yugoslav literary texts during the Cold War period (1945 – 1989).

Recent research projects: she is currently working on a monograph which explores the construction of intangible heritage amongst writers from the former Soviet Union and the former Yugoslavia arriving in Germany after 1989.