Typical offer: A*A*A with an A* in Mathematics (or Further Mathematics, if taken) (or equivalent)

Number of undergraduate students admitted per year: Around 5

Economics provides a sound understanding of core, pure and applied economics. While you study economics in considerable depth in this specialised degree, you employ ideas and techniques from many other disciplines including mathematics, statistics, history, sociology and politics. Therefore, our graduates are extremely well qualified for a wide range of jobs and further courses. Cambridge Economists enter a variety of careers in finance, government and management consultancy, as well as professional training in accountancy and actuarial work.

In the second year of the course all students take three compulsory subjects: Microeconomics, Macroeconomics and Econometrics. In addition, students choose one optional paper from among the following: International Trade & Economic Development, Mathematics & Statistics for Economists, Labour, History & Philosophy of Economics, World Depression in the Interwar Years, International Relations, Politics or Sociology.

In the third and final year of the course all students take two compulsory subjects, Microeconomics and Macroeconomics, and choose two optional papers from a wide range of specialist subjects which are offered each year. In addition, all third-year students must also write a 7,500-word dissertation on an economic topic of their own choice.

Further information can be found on the Faculty and University websites.

For other qualifications see the main entrance requirements pages on the University website.

Mature students and those taking other qualifications are encouraged to contact our Admissions Office (at admissions@lucy.cam.ac.uk) to discuss the entry requirements for their qualifications.

Students are required to submit one piece of written work.

Students are required to take the TMUA examination. Further details can be found on the Cambridge Assessment website.

Interviews allow us to distinguish amongst excellent applicants by assessing the skills and aptitudes essential for successful study in higher education, and your academic qualities – essentially, how do you think?

For 2023 entry, interviews for all applicants, will take place virtually, except for UK-based applications to Trinity College. However, the aims and content will still be the same as in-person interviews.

Each candidate typically has two interviews, lasting between twenty and thirty minutes. In some cases, you will be given preparatory reading beforehand.

In a few subjects, you will be interviewed by more than one College or in the Faculty. You will be notified of this in your interview invitation.

We send out monthly newsletters to update you on exciting events and opportunities happening both in Lucy Cavendish College and across the wider university.

Attend an open day or event

Our Events and Open Days page advertises regular events held by Lucy Cavendish College. If you can, join us for a College Open Day to discuss your application with a member of our admissions team. 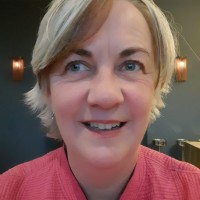 Director of Studies in Economics and Fellow

Dr Murphy is Lucy Cavendish College Fellow and Director of Studies in Economics, Mphil and Undergraduate supervision, Faculty of Education.

Mary's focus is environmental and social justice. As an entrepreneur she has specific experience in the production, consumption, and distribution of food and how it mirrors social, economic, and environmental health. She is particularly interested in the intersections of politics, economics, and society in the sustainability field. Her academic work is framed by the philosophy of critical realism, social ontology and is underpinned by the theories of semiotics, World Risk, reflexivity, and structure and agency.

She has researched the negotiations process in Northern Ireland and South Africa.  She established an Amnesty International Chapter during The Troubles in Northern Ireland and worked in the Truth and Reconciliation Commission in South Africa.  She supported former Minister for Environmental Affairs and Tourism, Mohammed Valli Moosa, to bring economic and social data to secure the banning of the 17-micron disposable plastic shopping bag in 2000.

Mary's entrepreneurial background includes the establishment, in 2006, of FullCycle, a company centred on the food system from cradle to grave, which sold sustainable environmental solutions, particularly in food waste reduction to clients in Africa, the Middle East and Europe. She owned and managed FullCycle for twelve years until 2018 and, in that time, oversaw a significant decrease in climate change impact as well as a sizeable increase in turnover for her clients.

She is trained in carbon foot printing and ISO 4001 methodologies and has worked with a range of transnational and intergovernmental organisations including the Global Environment Facility, WSSD, COP and UNESCO.

She is presently working on an emerging field of research called hydro-sociology, which has at its core an understanding of the hydrological system and the human system as inherently linked. The project opens up the possibility for a comparative view of how young people in South Africa and the UK access and develop their sense of citizenship through working connections with waterways. They are applying ethnographic tools to explore in-depth the ontological and epistemological position of young people and their understanding, relationship, and development as global citizens.  Relationships that are shaped by the global hydro-socio-political debates. 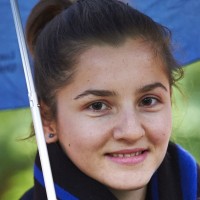 I come from Sarandë, Albania, and had worked there as a translator and in banking, before coming to the UK to study for A-levels.  Lucy Cavendish has a special way of making students feel welcome and supported, and it’s a great place to meet interesting people: everyone is open to sharing and discussing their past experiences. The Economics Tripos at Cambridge is quite unique and has made me love my subject even more. It is very wide and the most interesting feature is the combination of the qualitative and quantitative aspects; I used to be more into the quantitative part of Economics, but I have really come to enjoy the history and politics papers. Lucy Cavendish Economists have a very experienced Director of Studies and I have been lucky to have had some of the best supervisors. The supervision groups are small and you get a lot of individual attention from your supervisors - this is one of the perks of being in a small college. 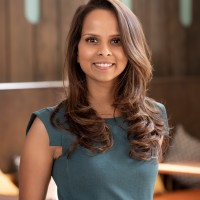 Gracelin is a Lucy Cavendish College alumna. Her PhD was titled 'Essays on the economic and financial challenges facing South Africa’s commodity sector'. She was a grateful recipient of a full scholarship from the Cambridge Political Economy Society Trust that is awarded to one candidate across the university biennially. She works with both national governments and regional intergovernmental bodies such as the Southern Africa Development Secretariat and the Association of Southeast Asian Nations.  In addition to working for the World Bank, she is also a Senior Research Fellow at the Development Policy Research Unit (DPRU) at the University of Cape Town.

Prior to coming to Cambridge, she was a recipient of a Fulbright Fellowship through the US State Department in South Africa, worked on a public health grant that aims to reduce the disparity in access to quality healthcare between indigenous and non-indigenous Australians, and spent 3 years teaching low-income underserved students in Houston (who went on to become first-generation college students). 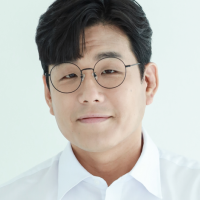 Myungun Kim is a College Lecturer in Economics and the Director of Studies in Economics at Robinson College. He received a PhD from the University of Cambridge. Muyngun was awarded the Best Teaching Prize for three consecutive years at the Faculty of Economics of the University of Cambridge. His main research interests are in the fields of macroeconomics and empirical micro-econometrics. At Selwyn Myungun teaches courses in Macroeconomics. 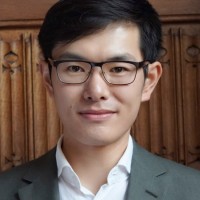 Yujiang River Chen works on labour economics, urban economics and micro-econometrics. His research is largely empirical and policy-oriented, focusing on the impact of minimum wages on income inequality and unemployment, the agglomeration and sorting of human capital, models of city structure that highlight the rise of the sharing economy, and the application of machine learning techniques in econometrics. He received his BA in Economics from Peking University in China, and his MPhil in Economic Research and PhD in Economics from the University of Cambridge. He is currently the Bevil Mabey College Lecturer in Economics at St Catharine’s College. 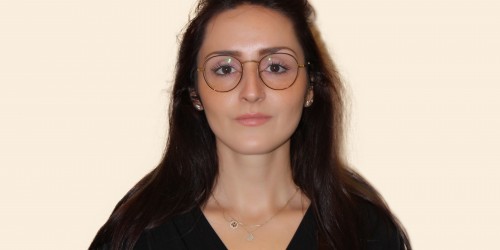 Addressing the world’s most acute issues: a personal past inspires an academic journey