Glyn Maxwell reflects on Amber’s research in the field of autism and its influence on his work in the Connections project.

‘When I find myself in the company of scientists, I feel like a shabby curate who has strayed by mistake into a drawing room full of dukes…’ – W. H. Auden

My first meeting with Dr Amber Ruigrok – on a late-summer Friday afternoon in the wide new social squares behind Kings Cross – brought to mind those words of Auden’s, as tends to happen every time my poet’s magpie curiosity encounters the rigour and wonder of a scientist passionately describing her work. The breadth and depth of Amber’s explorations in the field of autism (particularly the relation of gender and hormonal differences to the condition) reduced me to the familiar role of shabby curate, but the generosity and accessibility with which she unfolded essential concepts made me feel nonetheless welcome in the drawing-room Auden imagines.

I was immediately intrigued by the nature of Amber’s research. It may be the age, or it may be my age, but it does seem that everyone I know knows someone with something like autism or something like dementia, so it was salutary to hear the voice of science embracing the chaos and uncertainty and plurality of lives. Amber’s state-of-the-science observations, her bulletins from the leading edges of research, began to cast light on the situations of some I know. Having said that, early in our discussion, Amber quoted a memorable commonplace that’s central to this field: ‘if you’ve met one person with autism, you’ve met one person with autism.’

Of course the field has a rich and complex theoretical side, as many developing, supporting and contradicting theories have been posited during the comparatively recent history of autism as a distinct condition – or in truth a wide range of conditions, which capture the heterogeneity of autism – but it seems to me that Amber’s focus is primarily about how the science can be applied in practice: that is to say, she is working towards explanation and understanding, but also towards help, towards healing, bringing distinct understanding to distinct cases.

When I write a poem I tend to write it in one sitting, very near the deadline. This might sound like the usual freelancer’s procrastination, but it’s how I do what I do. I try to fill the white spaces – on the page, in my mind – with everything I’ve read, and trust the subconscious will bring me the matter and music when I need it. The field of autism is wide, understanding of it changes all the time: I hope simply to find a shard of light to work in.

Here’s something from an essay Amber sent me, written by Jon Brock in The Psychologist. He is restating the theory of another researcher, Uta Frith: ‘Autistic cognition, she argued, is characterised by a focus on detail and a failure to “weave together” information to extract meaning.’ This struck me curiously. Focus on detail without extracting meaning could be a responsible way to go about writing a poem. Modernist rather than Traditional perhaps, but a travelled road of poetry for at least a century. And a poet, of course, wouldn’t call it a failure. Anyway, on we go…

At an event on 26 October, eight Poet-Scientist pairs will deliver a poem they’ve created, based on their own scientific research and crafted with a poet’s creative skill. The Connections event, held at Lucy Cavendish College, is open to the public and will attract a diverse variety of people including scientists, creatives, college members, students and local school children. Space is limited so please register your place at the Connections Event.

Glyn is a poet, playwright, novelist, librettist and critic. Volumes of his poetry have been shortlisted for the Forward or T. S. Eliot Prizes, and won the Geoffrey Faber Memorial Prize. On Poetry, his guidebook for the general reader, was called ‘a modern classic’. His plays have been staged in London and New York, including at Shakespeare’s Globe and the Almeida. He is currently adapting The Magic Flute for Opera UpClose.

Amber is a researcher at the Autism Research Centre, in the Cambridge Department of Psychiatry. Amber’s research focusses on sex differences in brain structure in non-autistic and autistic people. She is also interested in how hormones influence changes across brain development and if this could tell us about increased likelihood for mental health difficulties. 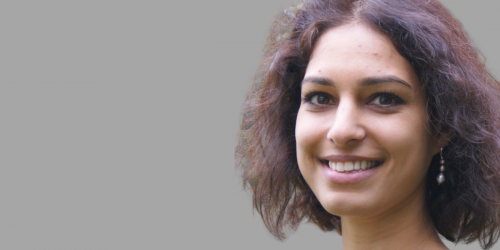 Amber is Research Associate at the Autism Research Centre, Dept of Psychiatry and launched the network with her colleague Julian Tillmann, a Research…