Sarah’s novel, One Ordinary Day at a Time, is a novel inspired by and set in Lucy Cavendish College

Sarah’s novel promises to deliver an uplifting and inspirational read. The story is about lost potential, ambition against the odds and an unlikely friendship. It focuses on the importance of human connection, kindness to others and life experience in our learning and self-development. In the fascinating interview that follows, Sarah describes her own inspirations and how the Lucy Cavendish community helped shape her story.

How and when did you get into writing and have you taken any formal qualifications?

I’ve always written stories ever since I was a young child – I used to carry a notebook around with me so I could jot down ideas and characters. I loved creating new worlds and still do! I tried to get my first book published when I was about seven – it was called The Moondrop Family. I had a very nice rejection letter from a publisher telling me to keep writing and not give up. I followed their advice. I’ve had three Young Adult books published by Scholastic under a pseudonym, Sarah Sky. These are Code Red Lipstick, Fashion Assassin and Catwalk Criminal. My debut adult novel, The Colour of Bee Larkham’s Murder, won the Books Are My Bag breakthrough author award in 2018. It was also a Richard and Judy pick in WHSmith. My second adult novel, One Ordinary Day At A Time, was published in hardback by HarperCollins last June and comes out in paperback on the 20th of January. I’m currently working on my third adult novel and also a YA thriller.

I studied English Literature at university, followed by an MA in journalism, but I’ve never taken any formal qualifications in writing. However, I have found online and in-person writing workshops useful as you’re always learning, particularly from other authors, even when you’re finally published. It’s an ongoing process. 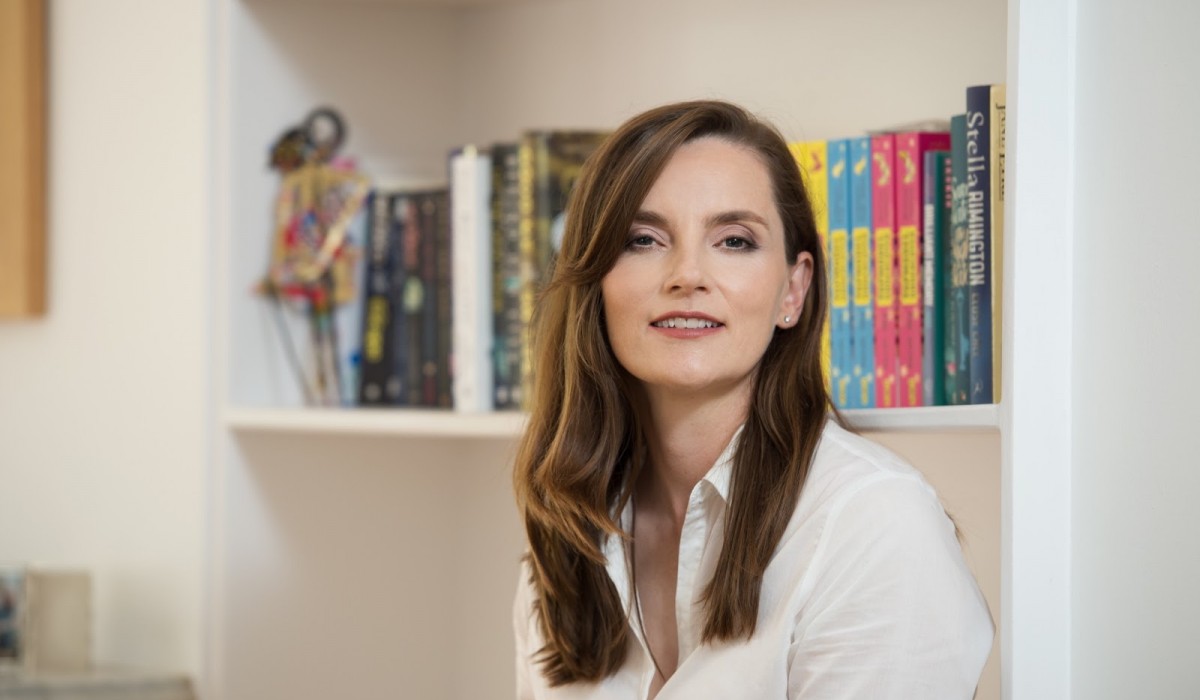 Photo by Philippa Gedge of Sarah

What inspires you to write and what do you love writing about?

I gain inspiration from all sorts of places, such as articles in magazines and newspapers, posts on Twitter, and conversations. I keep cuttings in a folder, which I can refer back to. I love learning new things when I write and carry out a lot of research. I researched synaesthesia, face blindness, autism, painting, and the lifestyle of parakeets for The Colour of Bee Larkham’s Murder.

My latest book, One Ordinary Day At A Time, is about Jodie Brook, a homeless single mother and ex care-leaver, who still dreams about studying English at Lucy Cavendish College. She meets Simon Sparks, a former child genius who was one of Cambridge’s youngest ever students. He’s now shovelling (and burning) fries at Prince Burger. Jodie persuades a very reluctant Simon to tutor her for the Cambridge exam, but he has dark secrets that could ruin both their futures.

The inspiration mainly came through my work as a freelance education journalist and interviewing the youngest children to achieve A-levels and GCSEs each year. I often wondered what happened to them when they grew up. Would they become tomorrow’s great thinkers, inventors, and scientists or had they just been drilled to pass tests? I’ve also watched Channel 4’s Child Genius for years – it’s a competition to find the country’s brainiest child and also features some of the country’s pushiest parents. A few of the parents in the last series were particularly jaw-dropping in their quests to make their children succeed at all costs. Simon was born from these inspirations ­– a former child genius who was pushed too hard, too early, with disastrous long-term consequences.

I was also keen to write about Simon’s opposite – someone who is written off by the education system at a young age and consigned to the scrapheap. Children in care continue to be placed at a particular disadvantage, with not enough support measures put in place at school and beyond. This person became Jodie, a bright young woman who was thrown out of school before sitting her A-levels due to her pregnancy and told by teachers she’d never succeed in life. Yet, she still harbours a burning ambition to succeed by winning a place at Lucy Cavendish College to study English and eventually becoming a teacher.

I researched the Riemann Hypothesis, which Simon tries to solve, and memory palaces, as well as the Cambridge application process. Kate Coghlan, a former press officer at Lucy Cavendish, gave me a tour of the college. I met former admissions director, Dr Victoria Harvey, and interviewed a student, Bonnie Samuyiwa, about life as an undergraduate. Dr Isobel Maddison helped me with the interview process and English undergraduate course. I was confident I’d found the right setting for my book ­– the college has such a warm, friendly, and family atmosphere. I felt this was where a student from a disadvantaged background like Jodie’s would feel accepted, be supported throughout their studies – and eventually flourish.

How did it feel when you knew you were going to be a published author?

It felt amazing when I got my three-book deal from Scholastic and, also, my first adult deal with HarperCollins. It was a bumpy road to publication – the way it is for most authors. I’d worked hard and had many, many rejections along the way, so it felt like I’d really achieved something special.

What do you think helped your writing career the most?

I think being a journalist has helped to a certain extent – I’m used to tight deadlines and having to rewrite and rewrite something. It makes editing less painful (theoretically, anyway!). Reading a lot helps too, as well as having grit and determination. It took me years and years to get published and I had lots of knockbacks along the way, but if you’re really determined you must develop a thick skin and keep going. Even if your book doesn’t get published, finishing it is an accomplishment. You’ve learnt something during the process and could always use the characters/themes in another book. It is a craft that you need to persevere at and continually hone.

What advice would you give other aspiring writers about their writing careers and then more specifically about entering the Fiction Prize?

Expect knockbacks and learn from them – very few authors will get an agent or a book deal on their first attempt. Read vociferously. I don’t understand people who say they want to be a fiction author but don’t read any fiction. Why become an author if you have no interest or respect for books?

Try to turn off from what other people are doing, particularly on social media, such as how many thousands of words they are writing a day, how quickly it took them to write a book, how swiftly they got an agent and a big deal. Comparisons won’t help your mental health or get words on the page. Concentrate on what matters – writing the best book you possibly can, that only YOU can write. Everything else is just white noise.

I think competitions, particularly the Fiction Prize, are a great way to break through. Many years ago, I was a runner-up in a Scholastic Story of the Year competition and my story, Princess Chocky, was published in an anthology. It helped get me noticed by agents and I eventually published YA books with Scholastic.

My advice to entrants is to make sure that your sample is as polished as possible. Is it tightly written and intriguing? This is your one and only chance to impress the judges. Have you started the book in the right place? Or would it be more interesting if you opened in a different way? Remember, if you lose your readers in those first 40-50 pages because the plot is too slow or they don’t feel any connection with the characters, they won’t continue reading however gripping the book becomes later.

I also love this advice from the playwright, Lucy Prebbles, and will definitely use it for my next book. She said: “Write backwards. Start with the feelings you want the audience to have at the end and then ask: ‘How might that happen?’”

Author, David Nicholls, quoted this advice in an interview with The Guardian and said his intention with One Day was to “write something intensely emotional with the quality of a great old song, something that would make you want to put the book down and immediately see old friends”.

How fantastic is that? Think about what lasting impression you want your reader to have when they finish your book – and make sure it’s at least hinted at in your opening chapters. Everything should lead up to that satisfying emotion created on the last page.

One Ordinary Day At A Time is published in paperback by HarperCollins on the 20th of January. 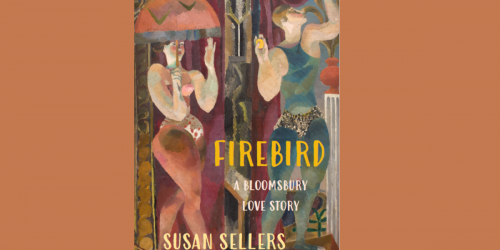 Writing to Champion Women and their Stories