Megan Davis, winner of the 2021 Fiction Prize with The Messenger, on her writing career and the benefits of entering a prize

I always associate travel with the urge to write. Being in new surroundings makes me look at the world differently, especially if I don’t understand the language or culture. There’s nothing like feeling a bit lost to inspire my imagination and force me to try to make sense of things going on around me.

I’m often drawn to writers who have travelled a lot, particularly when they were young. I don’t think they ever lose that sense of being on the outside looking in, that sense of trying to understand things.

I started writing my novel, The Messenger, when I was living in Paris with my husband and two young sons. I’d moved around a lot when I was a kid, and so I was interested in how my own kids would respond to the experience of being in a different country and starting at a new school where they didn’t speak the language. I was anxious they would hate it and often thought about whether the ex-pat experience might backfire …

My novel is inspired by this. The protagonist is a teenage boy who has travelled around a lot and never quite fits in. His desire to be accepted has devastating consequences.

As well as being motivated by travel, I draw a lot of inspiration from my job as a lawyer in the anti-corruption sector. The Messenger is partly about the risks and dangers journalists, whistleblowers and others face when exposing high-level corruption. I’m fascinated by investigative journalism and admire those who work to expose corruption and injustice. It’s often a dangerous job.

I’ve always been interested in writing – keeping diaries, and notes of thoughts and ideas. I wanted to be a writer when I was younger, but always thought I needed to wait until I had something to say! I really relate to others who started writing later in their careers. There’s this view that you have to be published while you’re young, but whilst that’s great and I admire those that have published novels in their twenties and thirties, I don’t think it’s ever too late to start. The later the better in my view as you have done more things and have more interesting experiences to draw on.

I did a Masters in Creative Writing at UEA about five years ago and it was during this course that I started working on what eventually became The Messenger. I met some fabulous writers on the MA and we started a writing group that continued for several years, until well into lockdown. It was amazing to be able to share early drafts with such a committed group of writers, and to support each other. When I was about half way through my novel I won the Peggy Chapman-Andrews Bridport Prize and that spurred me on to finish my novel.

I entered the Lucy Cavendish Prize just as I’d finished the novel and was thinking about routes to publication. The publishing world is very crowded with loads of new books coming out every week it seems, and it’s hard to stand out as just another writer with a manuscript. Entering prizes is one of the best ways to get attention.

After I won the Lucy Cavendish Fiction Prize, I was contacted by a number of agents and have now signed with a fantastic agent I would never have dreamt of approaching. I have also signed a deal with Bonnier Books UK for publication in June 2023. Winning the Lucy Cavendish Prize really was the key to getting a publishing deal. My biggest piece of advice to writers wanting to get published is to submit to as many prizes as possible. There’s no better way to get your writing career off the ground.

I received news of my long listing one morning during lockdown 2021 as I was heading to the park to meet a friend. It was only April, but it felt like it had been winter forever. It was such a joy at that moment to receive this spectacular news and forget all about winter and Covid for a while!

The Lucy Cavendish award ceremony was held online (it being 2021) and each of the shortlistees read their work. I was so impressed with the other writers and thought there was no way I was going to win. I was blown away when The Messenger was announced as the winner. 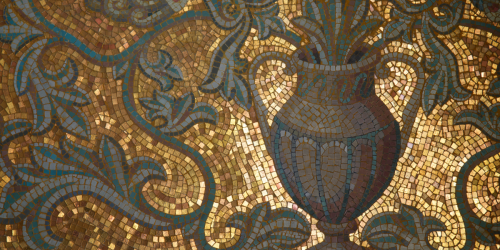 An interview with Susan Stokes-Chapman, author of Pandora, shortlisted at the 2020 Fiction Prize.