In 1985, Dame Anne Warburton joined Lucy Cavendish College as its fourth President. This followed a long career in the Foreign Service, which culminated in her appointment as Ambassador to Denmark, the UK’s first ever female ambassador. Dame Anne led the College through an exciting time of progress; she worked tirelessly to ensure that as the youngest College at Cambridge, Lucy could offer everything worthy of its newfound status. Through her will, she continues to give to the College. Dame Anne left an endowment to fund an annual award for Fellows and Research Fellows; it honours valuable, original research, by helping to cover the costs.

Shona won the Dame Anne Warburton Award as a Lucy Cavendish Fellow and lecturer in the Cambridge Department of Pathology. She has a long-standing research interest on schistosomiasis, its debilitating nature, and its existence as a ‘disease of poverty’; the award supports her work in addressing the disease. Currently, Shona is leading a consortium on liver fibrosis in Ugandan children – an eight partner, multi-disciplinary project that involves three Ugandan institutions and a clinical trial. Shona’s team are researching the causes, mechanisms and optimal disease control of liver fibrosis, caused by the parasitic worm Schistosoma mansoni, in children in fishing villages on the shores of Lake Albert, Uganda. Ultimately, they aim to prevent schistosomiasis in children progressing to a life-threatening stage. The award will help advance this research.

“There is a growing awareness that our diet, gut biota and, through interactions with our immune system, our overall health are intertwined. For the children living in Ugandan fishing villages these interactions are also likely to be influenced by the presence of parasitic worm infections, and could be a major factor in the pathology caused by the worm that I and my collaborators at the Uganda Ministry of Health are researching.Through the Dame Anne Warburton Award I will have the opportunity to attend a one-week summer school on nutrition, and learn the latest techniques for capturing dietary norms and their influence on human energy metabolism. We will take what I have learnt into our study sites with the hope of gaining further insight into the mechanisms of schistosomiasis, the disease caused by these devastating infections.”

“We are delighted that Shona has won the Dame Anne Warburton Award this year. Her research is exciting and essential, with its potential to save and transform lives. She is an outstanding example of our Fellows, and we wish her the best of luck with her research.”

Learn more about schistosomiasis research at the University of Cambridge here. 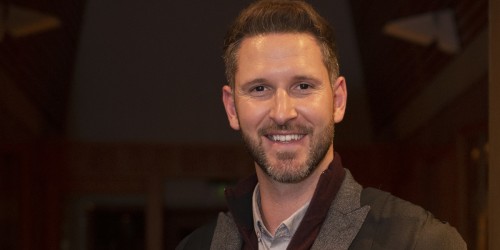 Dr Matthew Sparkes, Lucy DoS and Fellow, shares his thoughts on the award and his research 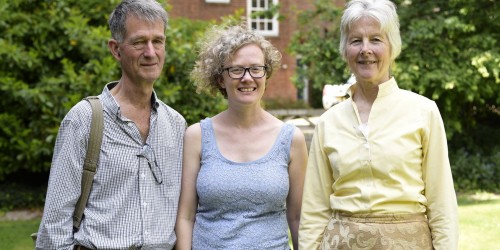