Meet the students shortlisted for the College’s Student Fiction Prize

The College has a strong tradition of supporting and celebrating creative writers with the Lucy Cavendish Fiction Prize being testament to this. It is now celebrating its 11th successful year and released its longlist of authors for the 2021 prize on 19th April. It has been the catalyst for numerous bestselling debuts and emerging literary talent.

The College has a prize for its own students too; the Florence Staniforth Student Fiction Prize.

Funded by the Florence Staniforth Award for Excellence in Creative Writing, the prize is for students from any discipline studying at Lucy Cavendish College. Students are invited to submit a short story to a panel of judges led by Fellow Emerita Dr Isobel Maddison. Also on the panel are published authors and creative writing teachers, Jo Browning Wroe and Miranda Doyle. The winner of the Student Prize will be awarded £100 and will be announced on the same evening as the main Fiction Prize award ceremony.

The six shortlisted stories are:

Joy Greenberg began writing poetry at an early age. She has been studying creative writing at Cambridge since 2019 after leaving behind a career in finance to pursue her passion for literature. In her spare time, she enjoys visiting her favourite writers’ haunts and escaping into historical fiction. She is currently finishing her first collection of short stories.

Tina Jenkins started out in newspapers as a journalist. She wrote a column for the London Evening Standard and has also worked in television as a producer and director, making documentaries for all the major broadcasters in the UK. She always wanted to write fiction. Being accepted onto the Cambridge Masters Programme to study crime and thriller writing will, she hopes, further a lifelong ambition to become a full time writer.

East London born Amy MacGinley is an actress turned psychology student. She dropped the stage name (Amy Easton) aged 26 and after a stint as a massage therapist, dove back into academic education. She enjoys studying Psychological and Behavioural Sciences at Lucy Cavendish, as well as volunteering in mental health. Fiction writing is her favourite form of essay procrastination, particularly stories from unique psychological perspectives and ones that tackle ethical issues. She has loved participating in the Lucy Cav creative writing course and is a keen member of the society “The Failed Novelists of Cambridge”.

Mary Johnson is currently studying toward her MPhil in children’s literature at Lucy Cavendish College, having graduated from her undergraduate degree in English and writing at the University of Victoria in 2020. She grew up across England and Canada, never far from the woods. When not working on her studies, she can be found haunting libraries, collecting inordinate amounts of books, and hiding from Cambridge’s swan population. Her children’s fiction is represented by the Andrea Brown Literary Agency in the USA and Taryn Fagerness/Abner Stein in the UK. She is immensely grateful for the creative writing support offered by Lucy Cavendish College, and for the opportunity to submit to the Florence Staniforth Prize.

Kathryn Bryan studied French and Russian as an undergraduate at the University of Cambridge from 2010 until 2014 and received her Masters Degree in Comparative Literature from the University of Nottingham in 2015. At this point she took a break from academia and began a career in teaching, first completing her Secondary Languages PGCE at the University of Manchester before working as a French and Spanish teacher in a grammar school in South Manchester. She returned to the University of Cambridge and joined Lucy Cavendish College in 2018 to realise her dream of a French PhD. Her thesis examines depictions of abortions in French novels from the Belle Epoque. She studies part-time and divides her time between the library and the primary school where teaches French and Spanish.

Anna-Theresa Münt is studying history as an undergraduate at Lucy Cavendish, and is a part of the 2020 cohort. Being fresh from school, she has not much in the way of a career, but she has done some digital illustrations for the company Bitpaper. Outside of this, she has dabbled in babysitting, and sorting shelves in the local charity shop. For her EPQ, still within recent memory, she chose to world-build an alien island and write a pamphlet on the ecosystem and the biology of its inhabitants, in spite of studying neither geography nor biology. When not frantically trying to complete an essay, she makes the digital illustrations for her stories. She somehow does this without ever writing said stories down - until now

"The Florence Staniforth Student Prize has gone from strength to strength. The standard of this year’s entries was very high, and the judges enjoyed reading them all. The six shortlisted stories offer different and engaging approaches to the genre. All are memorable. Many congratulations to our talented writers. We look forward to announcing the winner at the Fiction Prize award‘s ceremony  on May 27th."

“Rich imaginations, original voices and powerful story-telling made the judging of The Florence Staniforth Student Prize an absolute pleasure. The standard was high this year, so all entrants are to be congratulated. The shortlisted writers have done particularly well to stand out in an excellent crowd.”

“Strong voices, telling provocative, and imaginative tales in these excellent shortlisted entries for the Florence Staniforth Student Prize.  A real pleasure to read.”

Isobel is a Fellow Emerita of Lucy Cavendish College where she was College Lecturer and Director of Studies in English (2007-2021), as well being Vice-President from 2013-2019. She has published widely on writers including Katherine Mansfield, Dorothy Richardson, George Bernard Shaw, Max Beerbohm, Eric Ambler and Agatha Christie. She works primarily on the connections between modernism and popular literature and has spent many years researching and writing about Elizabeth von Arnim, an author of best-selling fiction and a frequent Book-of-the-Month choice in her heyday. Isobel was President of the International Elizabeth von Arnim Society from 2015-2019 and remains a member of the society's steering group as von Arnim's work comes into prominence once again.

Jo is Creative Writing Supervisor at Lucy Cavendish. Her debut novel, A Terrible Kindness, will be Faber’s superlead title in early 2022.  She worked in publishing for over ten years before studying for an MA in Creative Writing at UEA. She has written for educational publishers in the UK and the US, The New Statesman and the Church Times.

Miranda teaches writing at the University of Cambridge’s Institute of Continuing Education and the Faber Academy. Her memoir, A Book for Untruths, was published by Faber in 2017 and she is one of Hawthornden’s 2020 Writing Fellows. 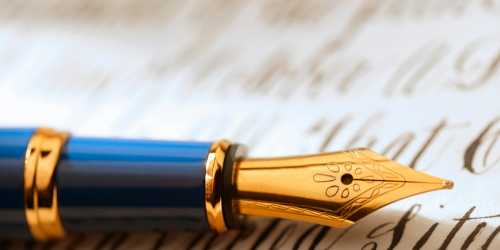