Alexandra Allen-Franks studied The Master of Law (LLM) at Lucy in 2017-18 and is now a second year law PhD student at Trinity Hall. Her research concerns the admissibility at trial of evidence obtained in breach of a person’s human rights. She is focusing on use of such evidence in civil proceedings, in England and Wales and in New Zealand. She has worked as a lawyer in both jurisdictions.

Why did you decide to study Law & Criminology and how did that lead into what you're doing now?

I studied for my undergraduate degree at the University of Otago in New Zealand. I wasn’t sure what I wanted to study but took law as one of my papers in my first year alongside things like psychology, history, accounting and marketing. At Otago, anyone can study first year law, but you have to pass the first year law exams with grades that are good enough to get into a law degree. I found studying law to be really interesting and stimulating, and although I had never considered that I might be a lawyer, I did well and continued into a law degree.

After I graduated, I took a job as a Judges’ Clerk in the New Zealand High Court for two years. In this role I worked as a research assistant for judges of the High Court, helping them to prepare for hearings and assisting with judgment writing. I was admitted as a barrister and solicitor of the High Court of New Zealand and then worked as an employed barrister for Andrew Brown QC. We worked together on litigation concerning intellectual property issues.

I enjoyed what I was doing very much but still wanted to learn more, so I came to Cambridge to study the LLM at Lucy Cavendish College. Following the LLM, I worked as a solicitor in London, before coming back to Cambridge for my PhD.

Why did you choose Lucy?

I was initially going to study for my LLM in the US, and had only made applications to US universities. I decided to apply to Cambridge at the last minute, so didn’t have any time to look into the colleges and didn’t express a preference in my application. I was pooled to Lucy, and after reading about the college’s history I became excited about this.

At Lucy, I found a welcoming community of impressive and friendly people. The legal profession is often dominated by men, so it was refreshing (and even a little confronting, in a good way) to be surrounded by women at one of the early law events I attended at Lucy. I know that Lucy will soon begin welcoming students of other genders, but am sure that an environment focused on inclusivity will continue to be fostered. Another really fantastic part of Lucy is the library – when I was there, the librarians made this a very comfortable place and were particularly supportive during exams.

My prior experiences are directly related to my PhD research as I first encountered the issue of admissibility of improperly obtained evidence in civil proceedings while I was working at the High Court. It also arose while I was working as a barrister. My background has influenced my research as I want to produce practical solutions which could be utilised in a courtroom. Alongside my PhD, I have been supervising tripos students in Human Rights Law this year, and I am also an executive director of the Cambridge Pro Bono Project. Last year, I was the PhD Liaison Officer for the Cambridge University Graduate Law Society and was a project manager for a Cambridge Pro Bono Project research report.

What have been the best and worst moments of your study or career so far?

One of the worst moments of my career so far occurred when I was working as a Judges’ Clerk. I was helping the judge I was working for to determine the appropriate sentence for a woman who had been convicted of drug related offending. In New Zealand, sentencing involves identifying a “starting point” for the sentence, which is reached based on the offending involved and with reference to comparable cases. The sentence is then adjusted up or down to take into account aggravating or mitigating factors to do with the offending and the defendant’s personal circumstances. For various reasons related to the defendant’s personal circumstances, it was clear that a prison sentence would not serve any real purpose for her. Although I tried to find legitimate ways that the judge could reduce her sentence so that she would become eligible for a sentence of home detention rather than imprisonment, I was unable to do so within the limits of the law. She was sentenced to imprisonment and I found the experience quite disheartening. I still think about her now.

One of the best moments of my career so far involved a case I worked on with Andrew Brown QC. We were acting for Red Bull, trying to get an injunction to prevent a rival energy drink company from selling a drink they had named “Red”, which tasted like Red Bull. Although we were initially unsuccessful in the High Court, I subsequently found documents in our opponent’s discovery that demonstrated that they had chosen the name and design for their product in a deliberate attempt to make use of Red Bull’s reputation. The documents I found also demonstrated that our opponent had misled the High Court judge. I prepared an affidavit explaining what I had found, and we went to the Court of Appeal which overturned the High Court’s decision and granted the injunction. To find such “smoking gun” documents is rare.

What inspired you to pursue this career? What are your key motivations?

I wouldn’t say that anything in particular inspired me to study law, as it just happened that law was the subject I found most interesting in my first year of university. However, studying law opened my eyes to how law permeates every aspect of society. Recognising that legal knowledge empowered me, and enabled me to use my skills and knowledge to empower others, motivated me to focus on increasing access to justice. Because of this I have been involved in pro bono work, such as volunteering at community law centres in New Zealand, and am currently an executive director of the Cambridge Pro Bono Project. Ideally, I would like to work as a legal academic but continue to practice as a lawyer, so that I may conduct academic research which is grounded in the realities of practice.

What would be your advice to younger students who wanted to pursue a similar career?

I have three pieces of advice for anyone wanting to study law and become a lawyer. First, focus on attention to detail – this is important for distinguishing or applying case law to a fact scenario, and for your reputation with the court, other lawyers, and your client. Secondly, never be afraid to say that you don’t know the answer to something. While studying, acknowledging that you don’t know the answer but attempting to reason what the answer might be is important. When working as a lawyer, you need people to be able to trust you and that trust comes from honesty. Third, back yourself. If you think something is incorrect, say so, regardless of who you are talking to. It was very important when I worked at the High Court for me to tell the judges I worked for if I thought they were wrong about something. 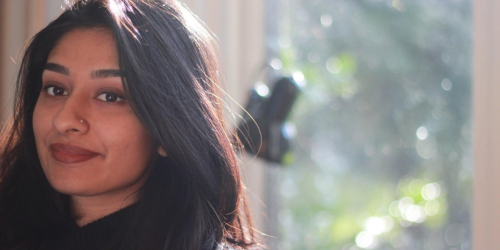 Alumna Nazeehah Khan (MPhil in International Relations and Politics, 2017) on the joys and difficulties of her academic journey and career