Lucy alumna, Susie Boulton, shares her journey through the history of Cambridge.

As a travel writer, I have authored 35 guidebooks on European destinations (particularly Italy and Portugal) for mainstream travel publishers. I have also written articles on travel and art for national newspapers and magazines.

It was thanks to Lucy Cavendish that I was able to further my career from a researcher at Holiday Which? Magazine, published by the Consumers' Association, to a writer of guidebooks. Having been to a school where there was no encouragement for further education, I felt I had missed out and, at the age of 30, I took the plunge and applied to become a mature student. I rather ambitiously applied to Lucy Cavendish College and to my delight I was offered a place to study for a degree in Modern Languages. Natasha Squire, Emeritus Fellow of Lucy, was a wonderful and charming Director of Studies. As a lecturer in Russian she was understandably a little miffed when I switched from French and Spanish to History of Art for my Part II (sorry Natasha!) but the combination of languages and art stood me in very good stead for becoming a guidebook writer.

I have always enjoyed writing but have never taken any professional qualifications. My first travel piece was for SHE magazine back in the 1980s - all about my ski trip to Zermatt with the Inner Game, a psychological programme for overcoming nervousness and self-doubt (it was my first attempt on the slopes) which unfortunately ended up with a badly broken leg and 12 days in a hospital in the middle of a Swiss forest! This was ample time to put pen to paper and perfect a piece on my unfortunate adventure. My next publication was the dissertation I wrote for my Cambridge History of Art degree on Constable and Salisbury Cathedral which came out in the Tate Gallery Magazine.

My newly published book, Cambridge in 50 Buildings, explores the city's history through a selection of its greatest architectural treasures. As a writer based in Cambridge, I was commissioned by Amberley Publishing to write a book on the city for their local history series. The toughest task was choosing the 50 buildings. The brief was from ancient to contemporary - and not to be too heavily weighted in favour of University and College buildings. Friends and knowledgeable acquaintances I consulted invariably had their different opinions as to the top 50 but my final list, from the Saxon tower of St Benet's to the remarkable 21st century Cambridge Central Mosque, has not met with too much controversy - at least not so far! I am now writing another book for Amberley on 'Celebrating Cambridge', due for publication in 2023.

I've always found the College incredibly warm and welcoming. Conveniently, I live just down the road and enjoy dropping by for an alumni event, benefactors' lunch - or maybe just for coffee and a chat. The development team are always so welcoming and are brilliant at keeping alumni updated with events and news of Lucy. Recently, Tom from the team showed me around the Passivhaus new build and having cast doubts about the initial plans for such a huge project in a small college, I was overwhelmed by how well it worked. Lucy has changed so much since I was a student there. It has been very exciting to witness the development of the college and the impact that it is making. 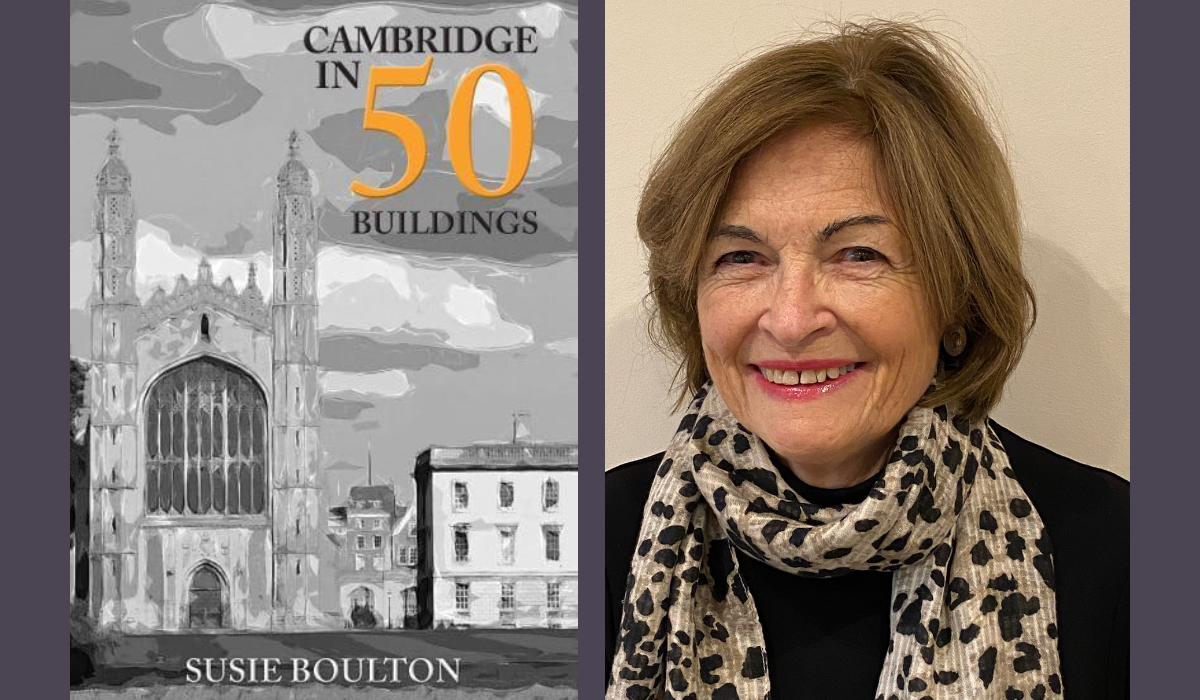