Peggy was the very first resident student at Lucy Cavendish College. She was a mathematician from the United States who studied here in 1966 and now resides in Dallas, Texas. Peggy Allison has been a civic leader in Dallas for many years. After receiving her Bachelor's degree in Philosophy from Smith College, she continued her studies earning a Master’s in Mathematics from Southern Methodist University and completing graduate work in Number Theory at Cambridge University in England. In addition to careers in investment management, she has also provided her exceptional leadership and enthusiasm to community endeavours including the Dallas Junior League, The Science Place, Child Care Dallas, and the Perot Museum of Science and Nature.

Peggy has generously contributed in many ways to the Lucy Cavendish Community during the years. We were pleased to welcome her back to our College last year when she named a new boat for our Boat Club on behalf of its anonymous donor (photo). She was also the designer of the Lucy Cavendish College scarf which we still wear today.

During the LucyGives Giving Week (18-25 October 2020) Peggy set a funding ‘challenge’ and thanks to her support extra funds were released when the challenges were met.

“Lucy Cavendish has been a welcoming open door to non-traditional students for 55 years, and I give hoping it can continue to play that role. Other alumni will surely have their own reasons to remember the college fondly and I hope they will give so that it can keep on launching new generations into the world as it did for them”. 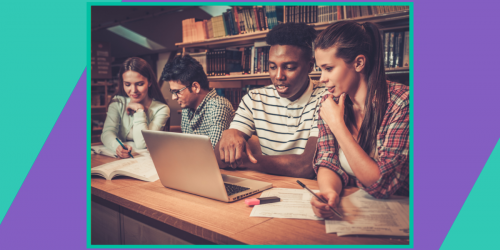 #LucyGives Giving Week: 7 days to start a movement for change