Nadine Drummond is an award-winning international journalist whose transformative work saves and improves the lives of millions of young people. She is currently the Communications and Engagement Consultant for the UN Human Rights Agency in Southern Africa and is one of the founders of the Cambridge University African and Caribbean Alumni Society (CUACAS).

I am from South London, Blue Borough to be precise. I was born to Jamaican parents who like me are socially conscious. My path was clear, I was meant to become a barrister, join the Labour party and become my best version of Diane Abbott. Studying Law at Lucy Cavendish College, Cambridge (1999) was the start of my parent’s grand ambitions for me, but I wasn’t really feeling it. I was one of those people that did not like my subject. I wanted to change and study Classics but that was not a subject that Lucy Cavendish offered at the time. Nevertheless, Lucy was very supportive and my DoS, Louise Tee, and my pastoral tutor, Ruth Hawthorne, petitioned for me to study Classics at Magdalene College. I was offered a place, but I didn’t have the courage to switch.

After two more years of studying law, it became even more evident I was not interested in the pomp and circumstance of the bar or the commercial contracts of the city. The deal was sealed when two bats flew down my chimney the night before my European Law final. Apart from being absolutely terrified I took it as a mystic revelation that I should commit to my passions and focus on people and their untold stories.

There were very few non lawyering professions that were presented to me once I knew I would not qualify as a lawyer. It didn’t feel that limiting because the pursuit of journalism was perfect for me as it satiated my desire for creativity, intellectual rigour and activism. It provided an opportunity to travel to far flung parts of the globe and share what I learned about all the new people I met.

I knew that I wanted to be a TV journalist, so I decided that I would go to America and won a scholarship to the University of Miami and pursued a master’s degree in their broadcast journalism programme. After graduation I worked in local news in south Florida and became an expert on state politics.

Being an immigrant who was Caribbean and British, gave me an advantage as I could develop special relationships with immigrant Caribbean communities, that make up the bulk of south Florida’s population. These relationships helped me become an excellent enterprise reporter as I had access to stories no one else did that would resonate in the U.S., Canada, the UK and the Caribbean.

These skills helped me springboard to CNN in Atlanta as an associate producer, there I got to cover the inauguration of former U.S. President Barack Obama. I wanted to do more global coverage though, and a few years later I joined Al Jazeera English in Qatar. The move from CNN to Al Jazeera gave me an opportunity to be at the forefront of history, given the events of the Arab Spring.

Along my way I have worked as part of teams that have been nominated for Emmy awards and have won Awards for my storytelling. The stories that I find most interesting are about people like me. People who occupy different identities that intersect.

In a bid to give a more nuanced voice to marginalised intersectional people I quit my job and set up a production company. I went to East Africa, Ethiopia, where I produced a feature-length documentary film on a disenfranchised community there. My work helped create a path to citizenship for the stateless group. Here I was approached by Oxfam to produce a film for them. I got presented with a very detailed brief and tight deadline. This is where my Cambridge training came in: I stayed up all night writing a film proposal and it got me the job.

I travelled to Central African Republic where I developed a creative impact film linking the increase in rape to illegal weapons flow in war zones. The film influenced policymakers and stakeholders to sign and ratify the Arms Trade Treaty. Although really rewarding, this was my first experience of war and it was really hard.

I then went to Yemen, during the height of the conflict in 2017. I really thought I might die, I would find parts of exploded missiles in our garden and would hear bullets ricochet off of the iron shutters covering my bedroom window at night. The worst was the Saudi led coalition warplanes, sometimes they were so close I could hear the bombs tear through the atmosphere before they hit the ground. I was working for Save the Children International. It was a really scary time but my work from there was some of the best I ever produced and drove a powerful impact for children in Yemen.

Following Yemen, I was headhunted by the first lady and Queen of Qatar (now the Queen Mother) and invited back to run the communications departments at one of her charities that rehabilitated child soldiers, who had been absolutely victimized and traumatized through war, back into their home communities.

At the start of the pandemic, I wasn’t sure how it was going to play out, so I came back to the UK, where I built my career from scratch again. I am now the Communications and Engagement Consultant for the UN Human Rights Agency in Southern Africa where I plan content and communications for 14 countries.

I executively produced most of the content for the United Nations global commemoration event for the anniversary of the Sharpeville massacre. Sixty-nine unarmed peaceful protesters were killed by South African police and hundreds more were injured on March 21, 1960. This historical tragedy is what forced the codification of human rights law and inspired anti-racism demonstrations around the world and continues to influence social justice movements like Black Lives Matter.

I am also the spokesperson for the Black Cultural Archives – the only national heritage centre dedicated to collecting, preserving and celebrating the histories of African and Caribbean people in Britain.  I'm lending much of my support to grassroots organisations and campaigns that are seeking equality, inclusion and justice. I am still a writer at heart and so I write on issues that are important to me like women, people of colour and the structural barriers that limit or block access to opportunities or human rights.

I had such a unique experience at Cambridge, I was one of 18 Black British home students out of an almost 18,000 strong student body. There were so few of us and it would have been helpful if a pre-existing network existed that was dedicated to students that shared my uniqueness. This is why I helped set up CUACAS.

The society is also a place for graduates of African and Caribbean descent to connect and contribute to the development of current and future members. Our mission is to invest in, educate and empower our local and broader communities.

I wanted to capture the richness of our collective alumni and show current and aspiring students all the different ways in which they are represented by those who have gone before them. As a group, we want to ensure that alumni of all academic and socio-economic backgrounds and subjects studied whilst at Cambridge are represented. After all, we are not a homogenous group and there is no one phenotype for a Cambridge alumnus or a career trajectory either.

We also want to support existing students by filling any gaps that are being missed. We also want to support the efforts of the university around access. The work being done to include students who traditionally would not have had the support systems to apply or attend because of social, cultural and economic barriers is really inspiring. We are particularly excited about the Foundation Year programme.

CUACAS is planning a Cambridge virtual access conference in June to demystify the application process and introduce non-traditional schools to subject mentors and of course to reassure them that if they made an application, they wouldn’t be alone, even if they did not have the support of their school, they would have us. Sadly, for young people from disenfranchised backgrounds, that can be the case.

In addition to that, we want our alma mater, Cambridge University to remain competitive nationally and globally and this can only happen if there is increased diversity of all groups across the university.

In February we also launched a grassroots health literacy campaign around Covid19 and the vaccine for African and Caribbean people in England as we are up to four times more likely to die from the virus than our white counterparts.

I have also embarked on a few collaborative projects with Lucy Cavendish as it was a place that helped change the trajectory of my life. Lucy held space for me to explore the facets of my whole self, it was really liberating. It was the first time in my life that I was intellectually free.

The investment Lucy made in me gave me a welcome opportunity to focus on my passions and not have to always think about work and worry about how I was going to pay my bills and my rent. It provided the foundation for a wonderful creative experience.

I am committed to Lucy Cavendish because it is the reason why I was able to enjoy and maximise my Cambridge experience. I did politics, I was a DJ on the university radio station and presenter on the TV station, I played sports, I did everything that was open to me. Lucy left me to get on with it but supported me every time I asked for help.

Lucy Cavendish is a wonderful place for learning and development and represents everything that I am, competent, confident, resilient and free. I am in a position now where my skills and excellence allows me to live life on my terms. I hope you are too. 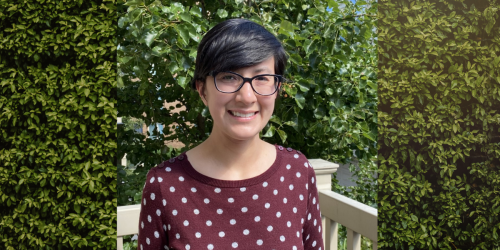 Supporting the expansion of freedom across the world 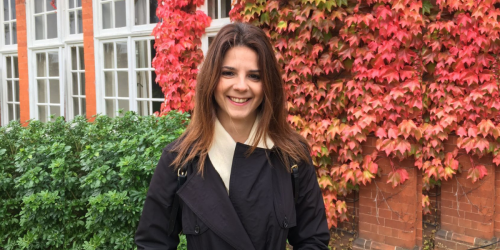 Using automation and technology to improve processes in the construction industry