Medical experts are now opening up to the idea that inflammation is part of the problem in many, if not all, diseases of the body. Targeting immune or inflammatory causes of disease has led to new findings, from treatments for rheumatoid arthritis and other auto-immune diseases, through to the advent of immunotherapy for some cancers.

In his 2018 book ‘The Inflamed mind’, College Fellow, Professor Ed Bullmore, revealed the breakthrough link between depression and inflammation of the body and brain. He explained how and why we now know that mental disorders can have their root cause in the immune system, and outlines a future revolution in which treatments could be specifically targeted to break the vicious cycle of stress, inflammation and depression. He stated that it is beyond reasonable doubt that inflammation and depression are correlated with each other.

The hope is that targeting brain inflammation could lead to breakthroughs in prevention and treatment of depression, dementia and psychosis on a par with the proven impact of immunological medicines for arthritis, cancer and MS.

Does inflammation cause depression? And, if so, how? If inflammation can cause depression then anti-inflammatory drugs should work as antidepressants. Overall, patients treated with anti-inflammatory drugs, rather than a placebo, had significantly improved mental health scores. However, the largest and most rigorous of these studies were designed to test drug effects on physical health and that makes it difficult to interpret the results too strongly as proof of beneficial effects on mental health.

Read the full article in the Guardian.

Ed has been a Professor of Psychiatry in Cambridge since 1999. He has set up the Brain Mapping Unit at the University and is director of functional MRI at the Wolfson Brain Imaging Centre; he is also a co-director of CAMEO, a clinical service for patients with early symptoms of psychosis and is currently head of the department of psychiatry.

His research interests are in understanding human brain network organization from neuroimaging data in health and disease. His recent methodological work has focused on graph theory to measure aspects of brain network topology. He is also interested in better neuroscientific understanding and treatment of psychiatric disorders. 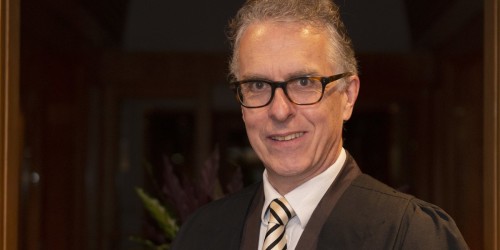 The paper identifies an urgent need for research in order to minimise and manage the substantial, immediate and long-term effects of Covid-19