Treatment for diseases stemming from defective genes has taken another step forward, thanks to the world’s first atomistic model of an entire gene – a simulation of over a billion atoms. And a Lucy alumna, Dr Anna Lappala, is one of the international team behind it.

Anna Lappala is a Post-doctoral research Fellow in the Sanbonmatsu Lab at Los Alamos National Laboratory (LANL), working in the field of polymer and biological physics. She uses molecular dynamics simulations (that’s 3D computer “animations” to you and me) to study the motions of atoms and molecules in order to understand the structure-function relationships of polymers such as DNA and RNA – the building blocks of life.

In the image below, 83,000 basepairs of DNA (blue) wrap around molecular spools called histones (there are 427 spools in this gene). The simulation has over a billion atoms, making it the largest simulation of an intact biomolecular complex to date. There are two metres of DNA in each cell, tightly packed into a cell nucleus that's just six microns in diameter! 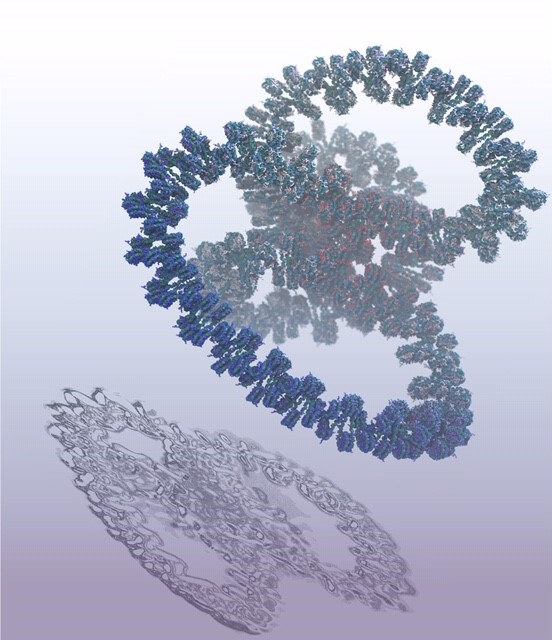 “To make sure that the genes which need to be active are accessible – and those that are inactive are tightly folded – the genome has to be organised in a non-random way, making it important for us to understand the 3D organisation of the genome on different scales. Modelling and simulating a gene at the atomic level will help us understand structure-function relationships; and in the future, by modelling mutations and looking at how the fold of a mutated gene changes and how this is relevant to gene expression, one could design therapies that do not necessarily change the gene sequence, but the fold of a gene to change its function.”

Regular readers over the years may recognise Anna’s name: in 2015, she was awarded the Dame Veronica Sutherland College Prize for Sporting Blues for kick-boxing (Half Blue); and in our 2017/18 Annual Review, we reported on the ground-breaking work she and colleagues at LANL were doing on vaccines for the Ebola and Zika viruses.

Nor is this the first time that LANL has hit the headlines with a world-first in molecular simulation: in 2005, Karissa Sanbonmatsu’s team at Los Alamos performed the first million-atom computer simulation in biology, modelling the cell's protein-making structure, the ribosome. 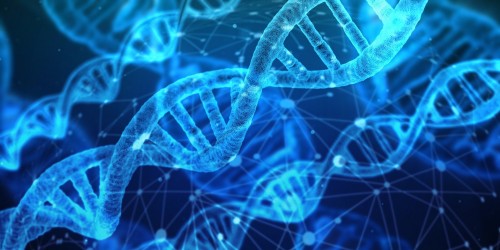