Lucy Alumna Dr Valeria de Paiva (PhD Mathematics, 1984) tells us about her studies, interdisciplinary career and her efforts to make maths accessible to everyone

I took a complicated path to mathematics. I started university in Brazil doing two degrees, in two different colleges, one in journalism, the other in law. After seeing two semesters of beginnings of sociology, anthropology, and philosophy, I decided that I needed something more tangible, something more solid, where you could have certainties, so I decided to start a third course, this time in physics, which I had loved since I was little. After three semesters doing the basic work, I discovered that physics also has its side of “today the only thing we need to pay attention to is friction,” tomorrow “friction is negligible.” Thus I discovered that what I liked in physics was the mathematics underlying it, and that I might as well study it. After that, I got my doctorate in Mathematics in Cambridge, at Lucy Cavendish College, for work on "Dialectica Categories" written under Martin Hyland's supervision. Professor Hyland, gave me a new appreciation of what it is to do mathematics, the fun of it, the need for big strokes of imagination, as well as the hard work on proofs, the courage of new ideas, and the need to back them up with evidence and usability. Anyone can invent new bits of mathematics that are pointless and do not lead anywhere, the challenge is to build on the right stuff to produce more new and useful mathematics.

Working in Cambridge was a life-changing experience: I am now proud to say that my ‘academic great-grandfather’ is none less than the founder of theoretical computer science, Alan Turing. I have, since my Cambridge days, worked on logical approaches to computation. My research interests include categorical proof theory, type theory, programming languages, logics for knowledge representation, logics of context, linear logic, intuitionistic modal logics and linguistic applications of logic. My work spans several different fields and I like all of my 'hats': mathematician, logician, computer scientist and more recently computational linguist. My research interests include theory, programming languages, type theories, and logic in computer science, in general. Then semantics of Natural Language, logic for semantics and lexical semantics. Then search methods and measurements, knowledge graphs and commonsense ontologies. More fun comes in the shape of linear and modal logic, and applications to mathematics.

I am interested in hybrid systems (with neural and logical components) for understanding text and inference, and all kinds of semantics, a demo of this work can be seen in the work with my collaborator Katerina Kalouli (anyone can play with the system at http://hynli.nlitoolkit.de/).

My recent work at the Topos Institute focuses on using off-the-shelf NLP tools to organize Mathematics. We have a blog post about it here: https://topos.site/blog/2021/07/introducing-the-mathfoldr-project/.

About my work, I like best the fact that fashion does not affect theorems as much as it does affect tools and systems. I dislike the fact that in many places people equate the importance of Mathematics to the benefits that they can see it bringing to society. Of course many of the benefits of mathematics come only after a 200 years' gap (e.g. Galois work and present-day banking).

My ultimate motivation is to improve the society we live in. The world needs to be fairer and we need a sustainable path to more equality for all. I want to make sure that science and technology are not the preserve of the richer 0.1% of the population.

Science and technology are supposed to be equalizing tools and they haven't been doing their work, or rather, the people creating them have not been doing their job properly. This is too big a goal and making sure that a sizeable proportion of mathematicians/technologists see the problems and try to solve them is what I am ultimately trying to do.

A career in interdisciplinary science or mathematics is hard, as people praise interdisciplinarity in the abstract. But in real life, if you do work between fields A and B, you end up with people who do A thinking it's terribly silly in A and hoping it's not so bad in B and conversely. People who do B think is terribly shallow in B and do not believe that it's important for A. But society nowadays requires work that is interdisciplinary, as all big challenges (think for instance of the Global Goals of the UN) are interdisciplinary. You will not solve them if you do not know how to work with different kinds of scientists and professionals. 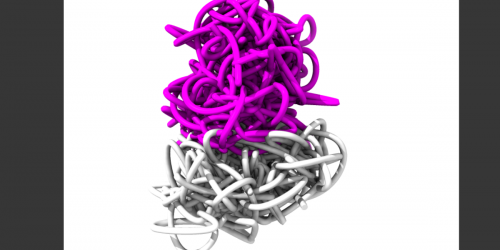