Chris Launchbury, organiser of the event, tells us all about the Lucy x Benet’s Regatta.

It was a pleasure for two of Oxbridge’s smallest colleges, whose boat clubs punch well above their weight, to enjoy a really lovely day of rowing and socialising. Both boat clubs are hoping that this will set a precedent for increasing their presence off of their respective home rivers, and to stand as testaments in particular to the importance of teaching and nurturing novices to row - especially those who have never had the opportunity to do so before.

Departing in two cars and a minibus kindly borrowed from the University of Cambridge Institute for Manufacturing, we set off under glorious sun to the stretch of the River Thames which flows through Oxford - called the ‘Isis’.

We helped Benets row two eights down the river, through one of the many locks on the Thames (a novel experience for many Lucy rowers!) to a wider stretch of the river.

The afternoon of regatta racing saw both colleges field a Men’s crew, a Women’s crew, and a Mixed crew, all of which took part in ‘best-of-three’ side-by-side sprints. The real challenge perhaps was getting each crew in and out of the boats, as the planned ‘hard’ section of riverside was blocked by a canal boat. Crew members had to balance and climb along each boat and scramble across reeds to get in and out! The coxes certainly had their work cut out parking amidst the greenery.

Lucy took the victory in the Women’s and Mixed sprints, which was a huge success in itself - and more impressive given the fact the Women had to race in a Men’s Eight with shoes almost double the size of their feet! Benet’s men however managed to keep just a nose ahead of the Lucy Men -  still a great performance from our almost entirely novice crew, especially given the calibre of some of Benet’s rowers! 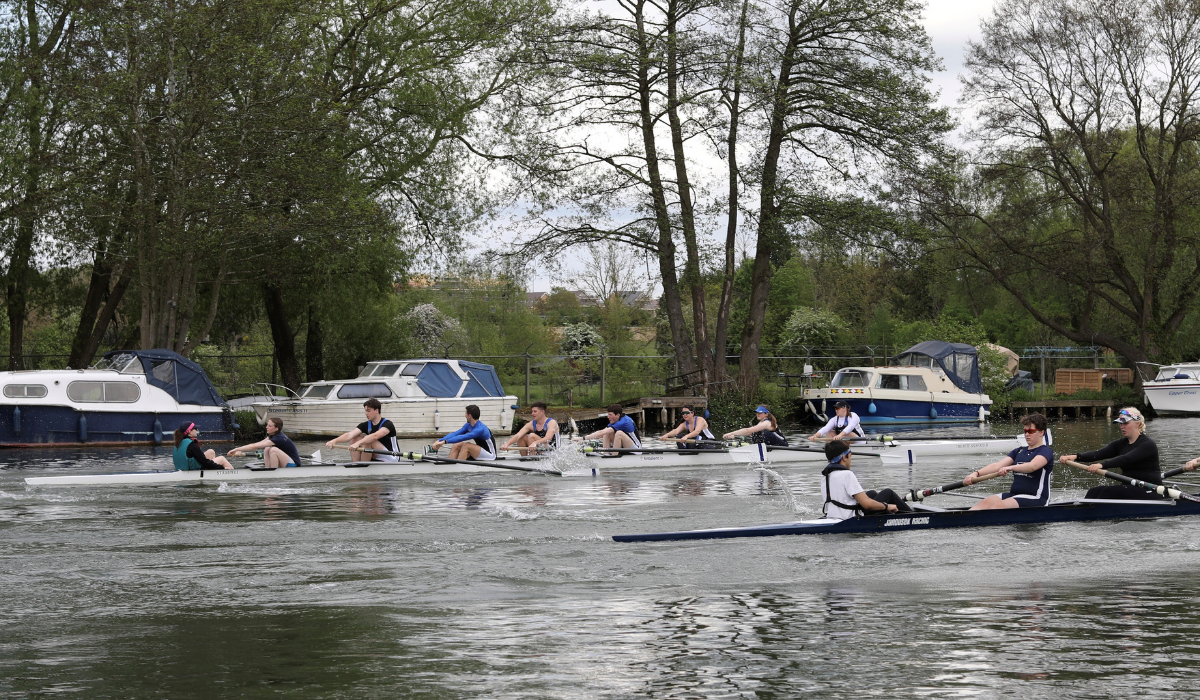 We all enjoyed a BBQ by the riverside halfway through and took the chance to get to know each other. After rowing the boats back through the lock and racking them back in the boathouses, the Lucy crews took the opportunity to amble back - in full blue and black stash - through the centre of Oxford. Indeed, we were stopped by several tourists for group photographs! Yeah Lucy!

In the evening we went back to St Benet’s Hall in the centre of the city for a Formal Hall, following a champagne reception. As Benet’s was founded originally as a religious college - and it still has resident monks to this day - a reading from the Rule of St Benedict was read out before the meal; the reading that day was about apportioning the correct amount of wine to be drunk based on that day’s labour! Speeches were given, and Lucy were awarded an engraved tankard celebrating their overall victory in the sprint racing - a trophy which might be up for defending come this time next year!

Whilst it was a shame to call the evening to a close, exams were looming and sadly we had to depart after some coffee and tea, but not before grabbing a group photograph commemorating the day. 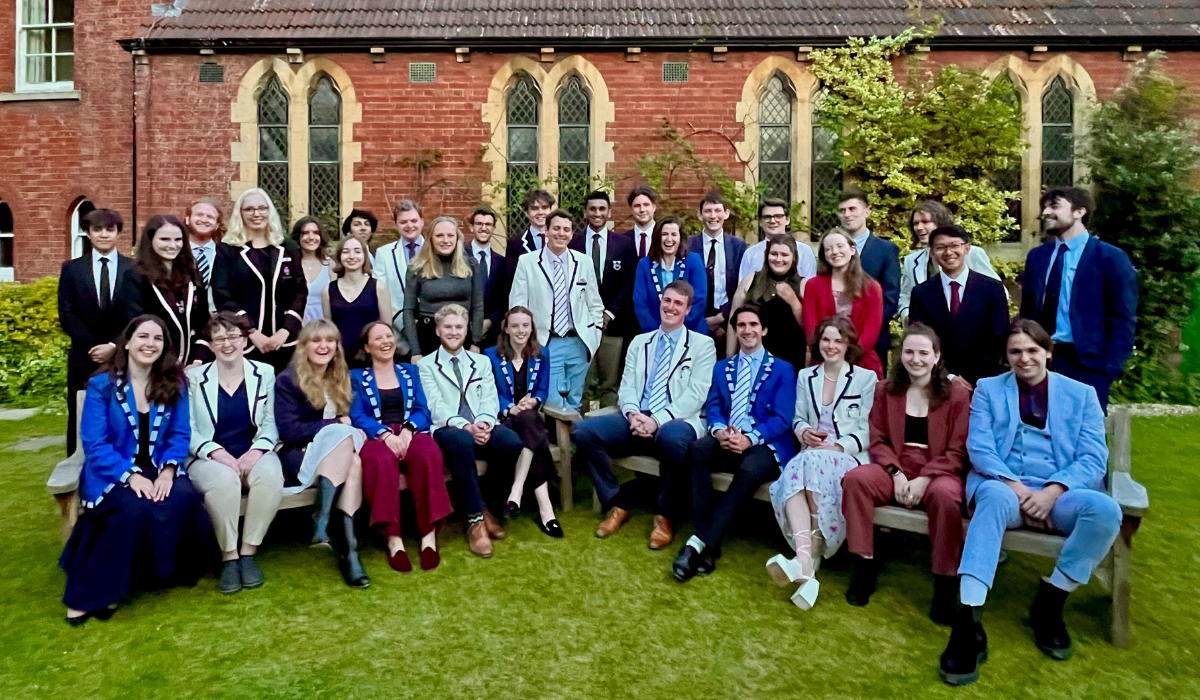 LCC Boat Club President, Hattie Wills said, “We are hugely grateful to Lucy’s Chris Launchbury for coming up with this event; and to both him and the team at St Benet’s Hall for organising and coordinating the entire event. They gave us the chance to row off-Cam, race a new club, and meet some wonderful new people!” 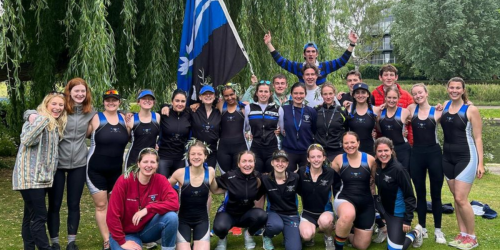 Lucy Cavendish was the most successful club on the river and won double blades and the Pegasus Cup!