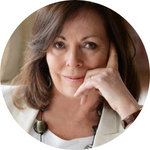 Chair of the judging panel, Rose Tremain was one of only five women writers to be included in Granta’s original list of 20 Best of Young British Novelists in 1983. Her novels and short stories have been published worldwide in 27 countries and have won many prizes, including the Sunday buy cheap bactrim Express book of the Year Award (for Restoration, also shortlisted for the Booker Prize); the Prix Femina Etranger, France (for Sacred Country); the Whitbread Novel of the Year Award (for Music & Silence) and the Orange Prize for Fiction 2008 (for The Road Home). Restoration was filmed in 1995 and a stage version was produced in 2009. Her latest novel is the acclaimed The Gustav Sonata which sees Rose ‘writing at the height of her inimitable powers’ (Observer).She was made a CBE in 2007 and in 2013 was appointed Chancellor of the University of East Anglia. 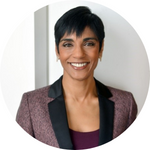 Reeta Chakrabarti is a British journalist, newsreader and correspondent for BBC News. Chakrabarti was born in Ealing, London to an Indian Bengali family and was raised in Birmingham, also having spent time in India as a teenager at the Calcutta International School in Kolkata. Reeta arrived at the University of Oxford in 1984, where she completed a degree in English and French from Exeter College. In 1994, Chakrabarti became a reporter for the Breakfast Programme on the newly launched BBC Radio 5 Live. She later became a general news correspondent working on television as well as radio. In 1997, she became the BBC Community Affairs correspondent, covering the Stephen Lawrence Inquiry and also working on Home Affairs. In 1999 Chakrabarti secured her role as political correspondent for the BBC, working across a range of programmes in television and radio, reporting on politics. In January 2011 she was the education correspondent for BBC News. In May 2014 she was appointed as news presenter on BBC One and the BBC News Channel. In 2021, Reeta was Chair of Judges for the final Costa Book Awards. 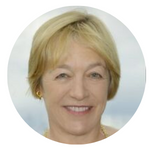 Jackie Ashley is Chair of the National Brain Appeal, a trustee of the Hansard Society and an ambassador for  the Carers Trust. She was Lucy Cavendish College’s 8th President (2015-2018). She is also a member of the Royal Television Society news and current affairs awards committee and sits on two committees at the Biomedical Research Council at University College Hospital London (UCLH). Jackie spent more than 30 years as a journalist and broadcaster and her roles have included columnist with the Guardian, Political Editor at the New Statesman, newsreader on Newsnight, political correspondent with ITN, Channel 4 politics producer, presenter of several political programmes on BBC2 and ITV, and presenter of BBC Radio 4’s ‘The Week in Westminster’. Alongside her career, Jackie has campaigned on issues like equal pay, carers' rights and the NHS. 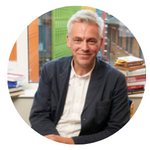 Tim Bates is the Head of the Books Department & Literary Agent at Peters Fraser and Dunlop. He joined PFD after being an agent with Pollinger Limited for nearly 10 years. Before becoming an agent, he worked in various positions in publishing, including at Penguin Books, where he was Commissioning Editor for Penguin Classics. Tim represents a wide range of authors and is particularly interested in pop culture, narrative and serious non-fiction, food-writing, nature and the outdoors, sport and commercial non-fiction, and fiction of all forms. 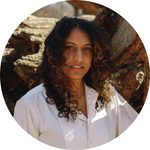 Sheena Patel is a writer and assistant director for the film and TV industry. She has previously published This Is What Love Is, a pamphlet with the collective 4 BROWN GIRLS WHO WRITE (Rough Trade Books, 2020), was named as one of the Observer’s top ten debut novelists for I’m A Fan (Rough Trade Books, 2022), the book will be published by Granta in paperback in March 2023. 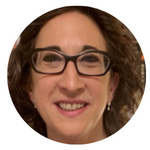 Gillian Stern is an editor of literary and commercial fiction, who after 15 years of commissioning books in the social sciences, discovered a debut novel that went on to win the Whitbread First Novel Award and the Richard and Judy Summer Reads of Summer Reads. Passionate about fiction and experienced in spotting and editing bestsellers, Gillian is also a successful ghostwriter, having written ​ten memoirs to date. She works on a freelance basis as a structural editor for several publishers including Bloomsbury, Orion, Hodder and Penguin and critiques and edits for many leading literary agencies including Curtis Brown, Conville & Walsh, PFD, RCW and Aitken Alexander. She also mentors writers sent to her by agents, publishers and word-of-mouth recommendations and often goes on to place debut, or unrepresented, authors with agents. @gillybethstern. 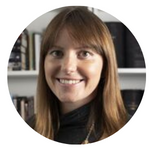 Phoebe Morgan is the Crime and Thriller Publisher at Hodder and Stoughton, and the author of five thrillers published by HQ. In 2018, she was awarded a Trailblazer Award for her work as an editor, and in 2021, she was awarded the Bookseller Shooting Star award for services to the publishing industry. In 2022 she was shortlisted for Editor of the Year at the British Book Awards. She studied English at Leeds University after growing up in Suffolk, and she began her publishing career working in non-fiction at Octopus Books. She previously worked at HarperCollins, and her recent publications include the #2 Sunday Times and international global bestseller Girl A by Abigail Dean, and #5 Sunday Times bestseller The Chalet by Catherine Cooper as well as #1 New York Times bestsellers Stacey Abrams and Ashley Flowers. She has also worked with bestselling authors including C.L. Taylor, Jane Shemilt, Melanie Blake, Cara Hunter and many more. Her own books have sold over 225,000 copies and been translated into 10 languages. Phoebe is passionate about finding new voices in fiction and helping brilliant writers reach wide audiences. She lives in London and you can follow her on Twitter @Phoebe_A_Morgan, Instagram @phoebeannmorgan, Facebook @PhoebeMorganAuthor or find her blog about publishing and writing at www.phoebemorganauthor.com 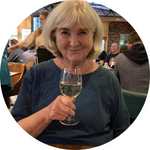 Dr Lindsey Traub is an Emeritus Fellow of Lucy Cavendish College, having previously been both College Lecturer in English and Vice-President. Addicted to fiction since childhood, she has spent her working life thinking, talking and writing about it – with a particular interest in 19th Century American women writers who penned the very first ‘bestsellers’. 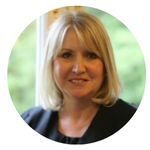 Dr Isobel Maddison is a Fellow Emerita of Lucy Cavendish College where she was College Lecturer and Director of Studies in English (2007-2021), as well as being Vice-President from 2013-2019. She has published widely on writers including Katherine Mansfield, Dorothy Richardson, George Bernard Shaw, Max Beerbohm, Eric Ambler and Agatha Christie. She works primarily on the connections between modernism and popular literature and has spent many years researching and writing about Elizabeth von Arnim, an author of best-selling fiction and a frequent Book-of-the-Month choice in her heyday. Isobel is also an advisor to the Lucy Writers Platform.