Connections, in partnership with AstraZeneca, is a unique project where science meets art and creative writing

The original Connections event, in partnership with AstraZeneca, brought together scientists, poets, school children, students and the general public in a one-off inter-disciplinary event. During this thought-provoking and moving event, held in October 2019, 8 scientist-poet pairs presented their poems and the scientific research the poems were based on. Now everyone has the opportunity to watch and listen as the 8 pairs re-present their work in our unique, online event.

Connections: science meets art and creative writing; imaginative interpretation and reinterpretation of the connections between the brain, poetry and scientific disciplines. You can view the event welcome and the whole performance below, or watch individual performances:

The sixteen creative minds come from the broadest range of backgrounds to stimulate their understanding of completely different fields of study and to ensure fresh and innovative results. You can view individual performances below: 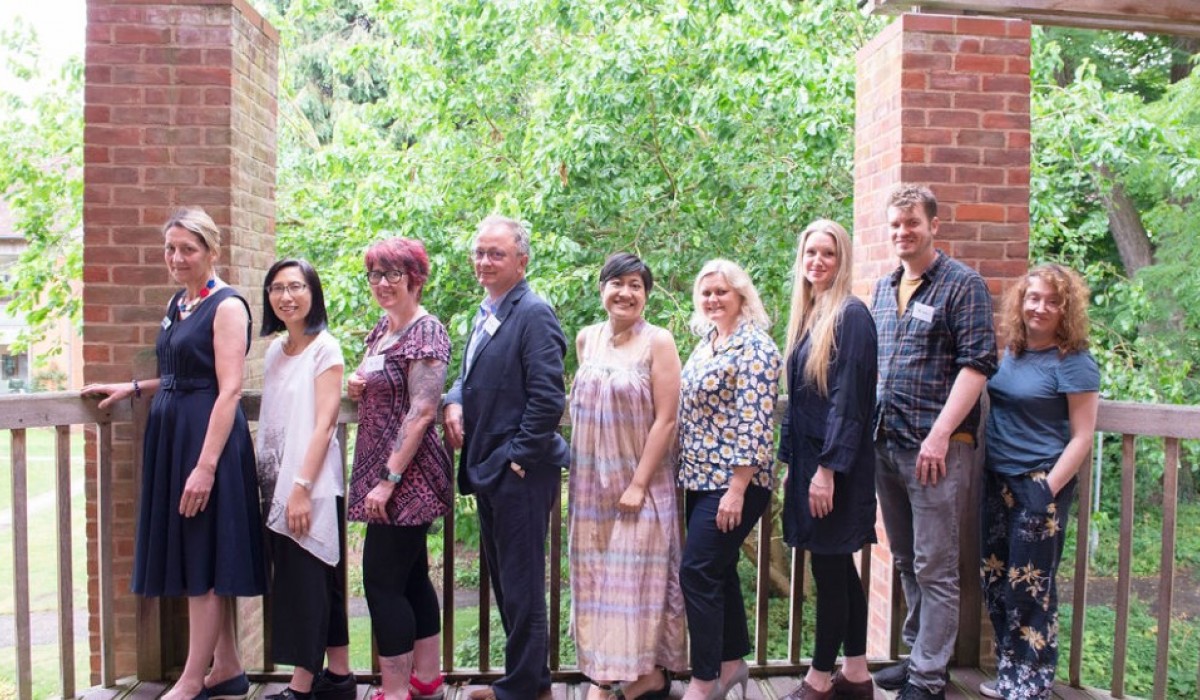 Participants, in order of performance are:

Joanne Limburg and Dr Stephen Montgomery
Read their blog here The graceful flight of a butterfly: A poem is brought to life by Panamanian folk dance

In memory of Caron Freeborn - a gifted poet, writer and teacher.

This is an obituary that I never imagined writing. I still feel that Caron could be hovering over me, rolling her eyes at my punctuation.

We met when we both came up to Lucy Cavendish in 1992 where she read English. I was scared of her and she was wary of me. She was urban to the bone and claimed that all countryside was prowling ground for axe-murderers. Her father had drunk in the notorious Blind Beggar in the East End of London and she had two dogs, her beloved Auch and Blake. I was fifteen years older, the mother of three and came from the Cotswolds. She smoked liquorice roll-ups. I liked Fruit 'n Nut bars.

Yet transformation is at the heart of what Cambridge and Lucy Cavendish make possible. In one term superficial difference became irrelevant in face of a shared love of books, argument; a passion for politics, feminism and Country and Western. We wrote a novel together and ran an extended riff on life for twenty-seven years.

In that time Caron became so many things to so many people but passion drove her, always. When she arrived at Lucy she was still in the shadow of agoraphobia and we would walk to lectures together. She was phobic about dentists and had agonising tooth problems. But she was dogged and brave: she never missed a lecture, she vomited every time she had a dental appointment, but she had the work done. She started going to the theatre if promised a seat near the back and by the aisle. She decided to join my Ancient Greek supervisions, which usually ended with our supervisor and us in hysterics. Eventually we set off to France, her first trip abroad, with Caron's hugely tolerant partner, Chris.

Caron was clever, intellectually challenging and unique. Her knowledge and love of Shakespeare and of Rhetoric was daunting. Her brilliant dissertation on Lady Mary Wroth (aptly called 'A Constellation of Female Friendship') was all her original research on micro-fiche. I still have a copy. She won the BT Scholarship in 1994. The then President, Dame Anne Warburton, saw her stellar potential and remained in touch with her for years. She took her to meetings as speaker, including addressing an audience of 500 Women's Institute members, she introduced her to Queen Margrethe of Denmark (they smoked together). Caron never looked back. Some years on Caron and Chris had two sons, Jude and Gabe. Gone were the roll-ups, in came fitness and, eventually, serious running. She learned to cook.

She taught Tragedy at Queen's as well as in college. She wrote and sold a novel, and then two more. She got a Doctorate. She said she would never write poetry but then did. She said she would only write sonnets but didn't. She wrote witty, gritty accounts of being a woman, being a bad woman, of sexuality and compromise, of pretence, poverty and survival.

Way back at the start we'd had a game of choosing each other's most and least promising alternative careers. I said she'd be a Music Hall Star (least likely: an organic gardener). That joke was inspired. Once she started teaching at Anglia Ruskin Caron brought poetry not just to students or the university but into the wider city and then beyond it. She was an amazing, compelling, performance poet; audiences loved her witty yet serious, sometimes shocking, delivery and, possibly, her body-as-text-tattoos. Generous and determined, she encouraged others: students' anyone who wrote, to be courageous and bring their works to open mic evenings.

But there were other important  aspects to her life: she was always involved in the experience and educational outreach in autism and she became a deeply involved member of her local church.

Her premature loss, so soon after a diagnosis of cervical cancer, was very sudden. It left Chris, the boys, her mother and her friends, and all those in these worlds she'd invigorated, stunned and unbelieving.

Caron was a life-force, the least likely to be dead person I've ever known. But what she started will run on in the ideas, initiatives and creativity of others. She was changed by Cambridge and she, in turn, changed it.

When I was asked to suggest names of poets for the Connections project, which brought together scientists and poets, I knew at once that one of those names would have to be Caron's - not only because she was a Lucy alumni, but because I knew that she would produce an extraordinary piece of work. She didn't disappoint: her collaboration with the social scientist Cecilia Wong resulted in a sestina that was surprising, moving, spikey and, like its author, fizzing with intelligence. She made a big impact on all the people she met through Connections, who have all talked of her brilliance, her intense interest in people, and her humour. 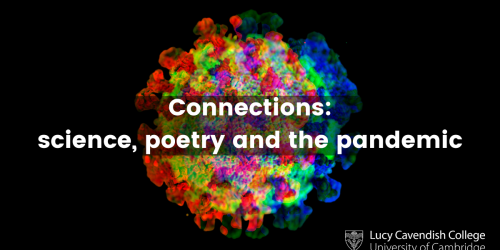 Connections: science, poetry and the pandemic

5 scientists join 5 poets, working together to create a poem that reflects their research during the pandemic. 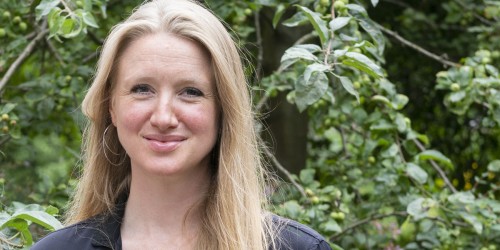